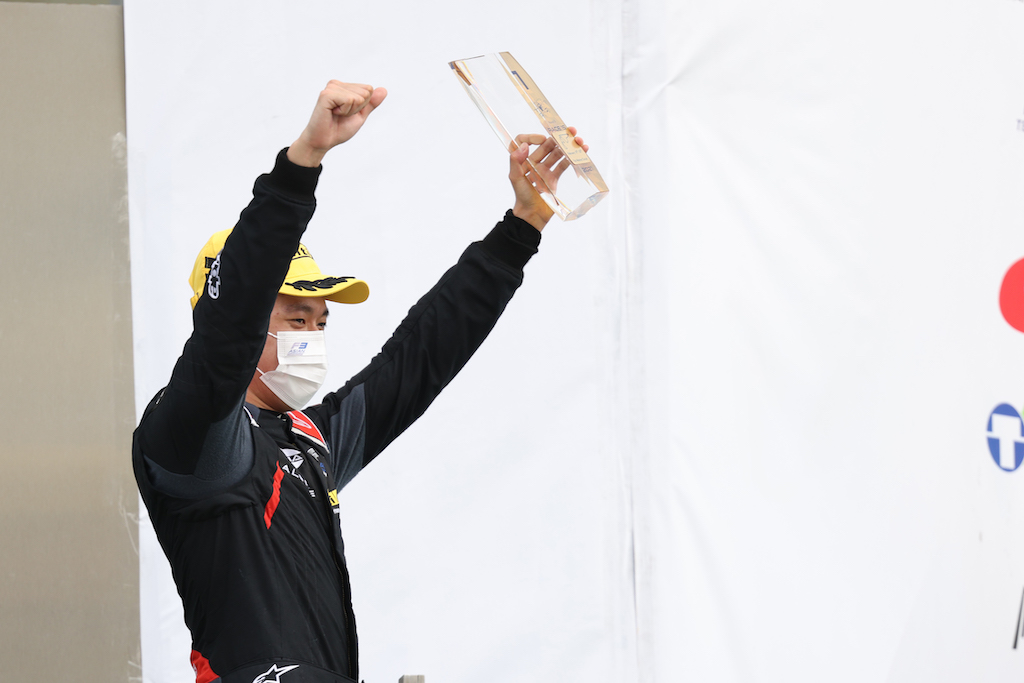 Guanyu Zhou will remain as test driver for the rebranded Alpine Formula 1 team this year, but says he will “have to really have the luck” to get a 2022 race seat.

The Chinese driver is headed into his third season in Formula 2 with Virtuosi Racing, and will secure the FIA superlicence needed to race in F1 if he maintains the form of his past two campaigns where he was seventh and sixth in the standings.

As a rookie he took one pole and a best finish of third, and started 2020 off with another pole before clinching his first win towards the end of the year. However even if he contends for the title this season, Zhou is cautious of his 2022 F1 chances.

“Basically from my side, everybody now has to first get the superlicence points, so that’s definitely what the target is this year as well as trying to win the title,” Zhou said to select media during the launch of the Alpine Academy.

“To be finishing top three would be enough for my superlience points, and once I have that you will see the door is open and I’m pretty confident that if I can do a great season and show my full potential of what I’m capable of doing, I think I’ll have a good chance.”

“But obviously an F1 seat is so, we don’t have much spare seats per year, so you have to really have the luck while the door is open.

“But right now I am just really focused on myself, and trying to show anyone that I’m available, I’m good enough to be going up.”

Alpine Academy director Mia Sharizman suggested that this year will be Asian Formula 3 champion Zhou’s last chance to make his way into F1 with Alpine, with a vacancy alongside Fernando Alonso currently existing for next season.

Zhou is up against two other Alpine, nee-Renault juniors in F2 as Christian Lundgaard stays with ART Grand Prix for a second season after winning two races as a rookie and reigning FIA F3 champion Oscar Piastri steps up with Prema.

While both have tested old Renault F1 cars, as beneficiaries of the private programme catered for Zhou, it is only the Chinese driver who holds an official affiliation with the race team and would be in contention for F1 free practice appearances.

“As test driver, you spend a lot of time with the engineers where you can learn so much and be involved,” said Zhou at Tuesday’s launch of Alpine’s 2021 F1 car.

“It also means I get to drive the F1 car, the R.S.18, again with plenty of testing. Last year I had the opportunity to test a lot and get used to everything and go into detail about how an F1 car works and how the engineers work to get the best from it.

“Thanks to the team for trusting me as test driver for another season.”