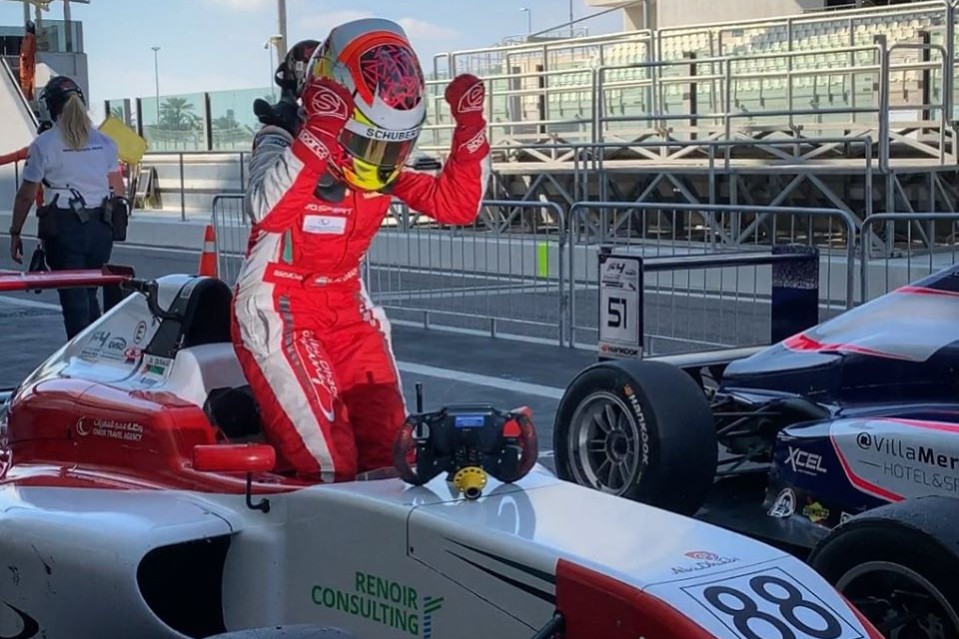 Hamda Al Qubaisi has announced her return to Formula 4 United Arab Emirates with Abu Dhabi Racing, after winning three races in her first attack of the series last year.

The Emirati will race for the same Prema-supported team as in last year’s UAE campaign, and which she also drove for in her rookie Italian F4 season.

In Italy she only scored three points and came 25th in the standings, but her form had been far stronger in her home country as she finished fourth in the points there. Her older sister Amna also won a non-championship F4 UAE race in 2020.

Amna and the two sisters’ father Khaled Al Qubaisi are set to both form part of Abu Dhabi Racing’s line-up in Asian Formula 3, which will be running on many of the same weekends as F4 UAE at Dubai Autodrome and Yas Marina Circuit through January and February.

While Asian F3 has cancelled its season opener at Yas Marina Circuit on January 22/23 and replaced it with more races at Dubai, F4 UAE does not appear to be following its path for now.

There will be a third Prema-run car in Asian F3, a seat Formula Scout understands has been taken by an experienced Formula 2 driver who is part of a Formula 1 junior team. More Asian F3 signings are expected to be announced later this week.

After the conclusion of the winter series, the older Al Qubaisi sister is expected to be pursuing a seat in the Formula Regional European Championship while the younger sister looks likely to return to Italian F4 in a car receiving technical support from Prema.