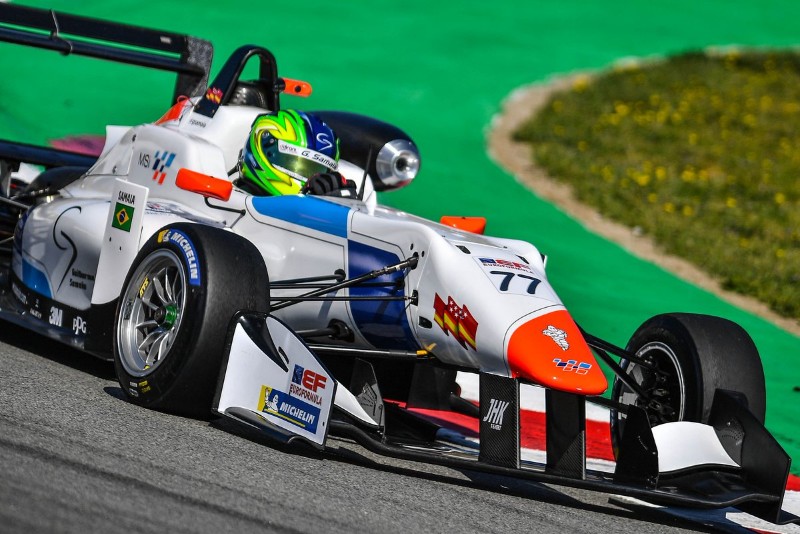 Samaia set the day’s fastest time during the second morning session, narrowly beating Dunner and Drivex School’s Franco Colapinto. In the afternoon it was then Dunner who set the pace, but could not usurp his team-mate’s earlier benchmark.

Friday pacesetter Teppei Natori looked like he was going to end the final session of the day on top, but the Carlin driver got bumped from first place by Dunner with just 40 seconds left on the clock.

Natori ended up fourth overall, directly ahead of team-mate Christian Hahn and significantly clear of both Nicolai Kjaergaard and Billy Monger in the other two Carlin cars.