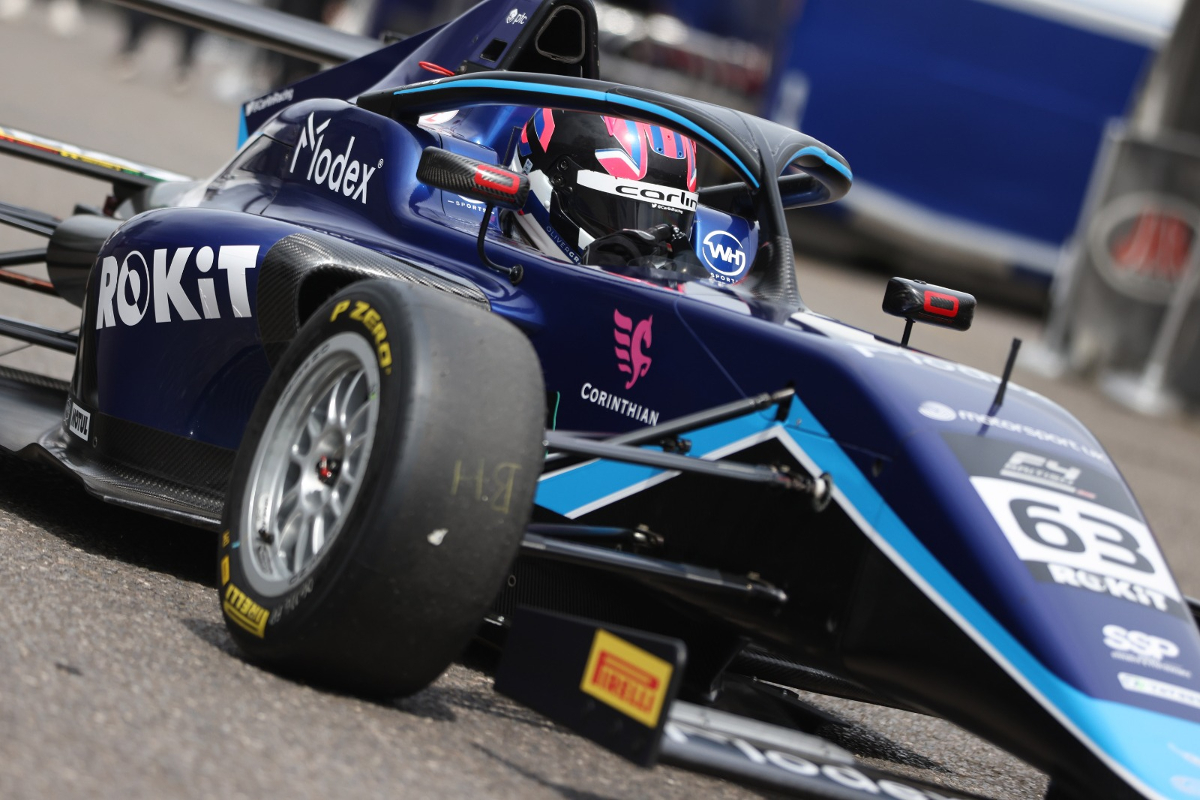 The Carlin driver was quickest in both sessions, managing a 44.858s lap in FP1 before a red flag ended the session five minutes early. That benchmark was lowered to 44.565s in the afternoon session.

Dunne set the pace early on in FP1, with Ugo Ugochuku, Georgi Dimitrov, and Gray joining him at the top of the order.

Louis Sharp, who makes his debut this weekend with Carlin now he meets the minimum age of 15, also briefly topped the times late in the session before being knocked down to second by Gray.

Dimitrov ended the session third ahead of Aiden Neate and Ugochukwu.

Joseph Loake, who would fair better in FP2, took sixth, ahead of Daniel Guinchard, Edward Pearson and Noah Lisle. Early pacesetter Dunne wouldn’t keep up with the rate of improvement late on and ended the session P10.

The session came to an end with just under five minutes on the clock when the red flag was brought out. Michael Shin and Joel Pearson were both unable to make it back to the pits.

FP2 was also briefly haulted by a red flag early on as Pearson again appeared to encounter issues. This time action resumed with just under 30 minutes remaining, and at that point Dunne was quickest with Ugochukwu and Guinchard close behind.

Loake was able to improve late in FP2 to briefly go quickest with a 44.641s, only for Gray to again jump to the head of the order.

A late improvement from Dunne put him second as he gears up for a full campaign, with Loake third and Dimitrov fourth.

Ugochukwu managed the exact same laptime as Dimitrov, but set his 44.672s later than Dimitrov so placed fifth. Aiden Neate was just 0.005s back in sixth.