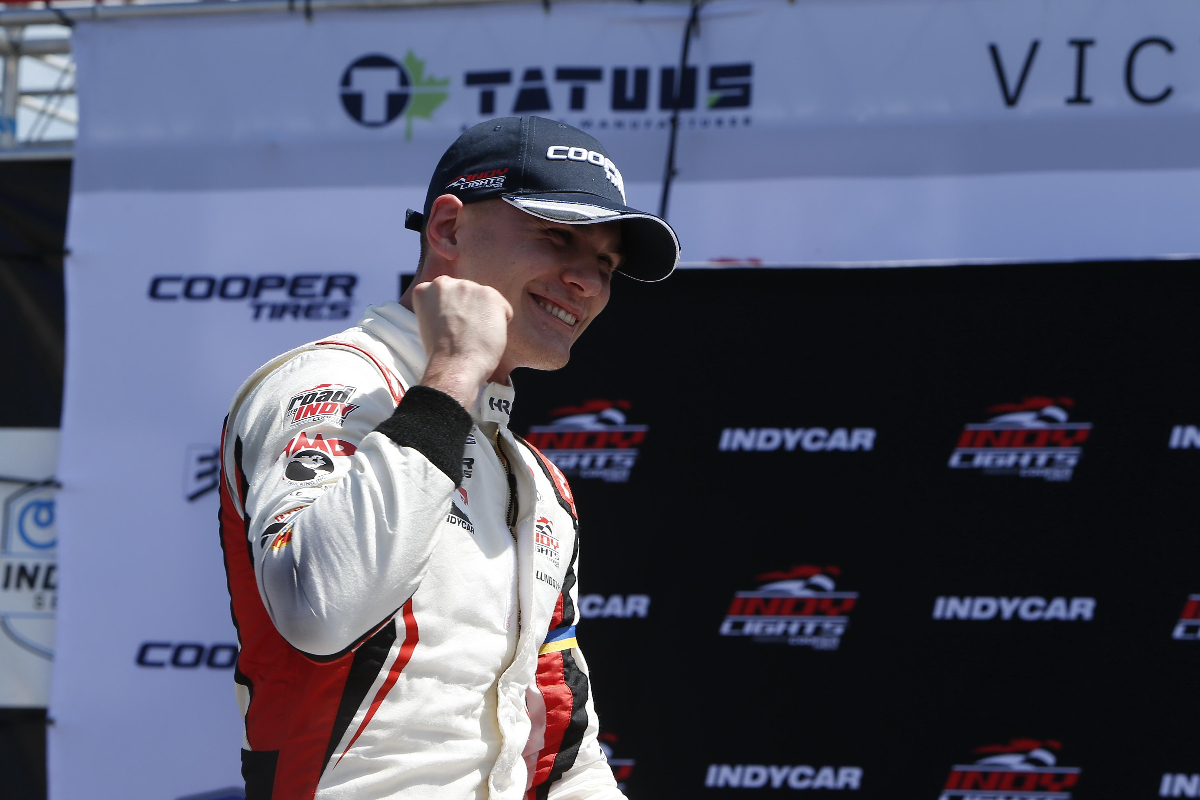 Linus Lundqvist came back from an early puncture to take pole position for both Indy Lights races on the Indianapolis Motor Speedway road course this weekend.

The early championship leader suffered a flat tyre on his first run and had to limp back to the pits.

He was able to get out shortly before most of the field came into the pits to swap tyres, and managed to go fastest on his first flying lap. The 1m16.771s time knocked Hunter McElrea off the top spot, but it wouldn’t be enough to secure pole.

Most of the field were able to improve on their second set of tyres, and Lundqvist lowered his benchmark. He ended qualifying with a 1m16.3362s. Hunter McElrea came close to snatching pole, qualifying just 0.0428 seconds slower.

Christian Rasmussun managed a late improvement to go third quickest, ahead of Danial Frost and Matthew Brabham. Benjamin Pederson, who had been at the front of the order early on, dropped down to seventh by the chequered flag, just behind Sting Ray Robb.

Kyffin Simpson had been seventh when the chequered flag fell, but had his two fastest laps deleted for qualifying interference. The recently signed Chip Ganassi Racing development driver will start 13th for race one of the weekend.

Lundqvist’s second-best time was also enough to secure pole for race two of the weekend, once again ahead of McElrea and by less than a tenth. Brabham was fourth ahead of Frost, but there was otherwise no difference in the grid order.