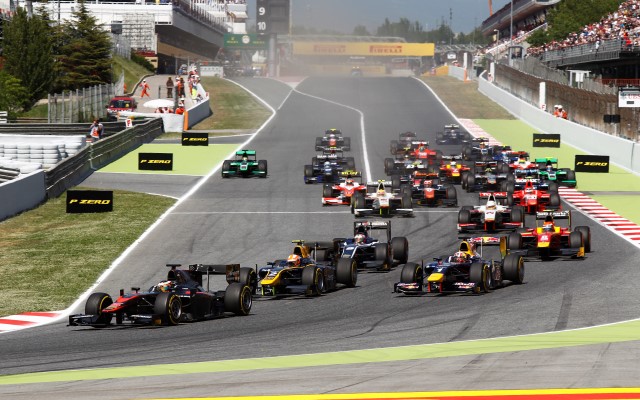 The GP2 and GP3 schedules for this season have been revealed, with both championships to start in Barcelona in May and travel to Malaysia later in the year.

Both series will exclusively support Formula 1 grands prix, with the calendars remaining at 11 and nine events respectively.

Neither will race in Sochi this year, instead going to Sepang for their penultimate rounds prior to Yas Marina. GP2 previously started its 2012 and 2013 campaigns at the Malaysian circuit, but it will be a maiden voyage for GP3.

As in Formula 1, Germany’s Hockenheim returns to the schedule for both series.

The World Endurance Championship-supporting event in Bahrain is therefore dropped, as is GP2’s date at the Bahrain Grand Prix, which has been traded for a slot at the new F1 event in Baku.