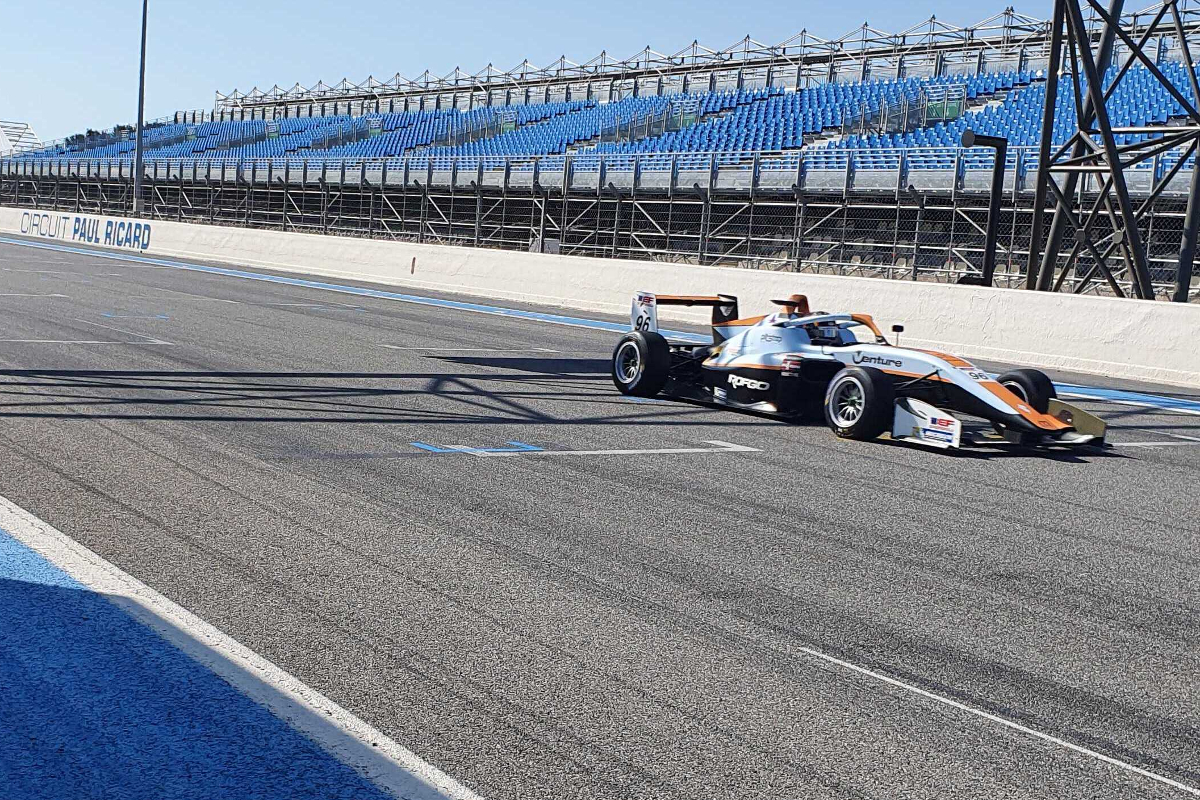 Euroformula championship leader Oliver Goethe started round three of the season at Paul Ricard with the fastest lap in free practice one.

Goethe and his Motopark team-mates were first out on track at the start of the 40-minute session, but they all only completed an out-lap before pitting.

Drivex School’s Nico Pino was the first to actually start a proper run, 10 minutes into FP1, and he broke into the 1m59s while those that then followed him out on track were some 10 seconds of the pace.

After 13 minutes he was finally joined in the sub-2m00s territory by Goethe, who went fastest with a 1m58.916s and soon improved to a 1m58.512s. Pino himself improved but couldn’t reclaim first place, and Josh Mason – driving for Motopark’s Japanese offshoot CryptoTower Racing Team – sneaked into second place with a 1m59.238s lap some 18 minutes in.

At the halfway mark of FP1 there was another improvement from Goethe, who was now into the 1m57s, and his Pau Grand Prix-winning team-mate Vlad Lomko edged ahead of Mason by 0.002s.

As the first runs ended the pace improved across the board, with Christian Mansell (CryptoTower), Frederick Lubin (Motopark), and then Lomko swapping around places in the top four while Goethe remained a second ahead.

Van Amersfoort Racing’s trio of cars weren’t included in the fight for top spot as they had transponders issues, with BVM Racing’s Francesco Simonazzi inflicted as well, but those were resolved in time for the second runs in the final six minutes.

Filip Ugran jumped up to second for VAR with five minutes to go, and seconds later Pino lowered the pace to 1m57.582s. Goethe had a slow final sector which meant he didn’t improve on his next lap, and it was instead Mason who then shuffled Pino from first place with a 1m57.519s.

Goethe did have the pace, frequently improving in the first and second sectors, but couldn’t get a clean lap in again until the final minute-and-a-half when he usurped Lomko with the first sub-1m57s lap of the day.

That put him half a second clear of Mansell, who had a two-tenth gap to Lomko and Pino, with Mason the last driver within a second of the pace. Simonazzi was sixth fastest, and Ugran was seventh although his laptimes from his first run did not go recorded.