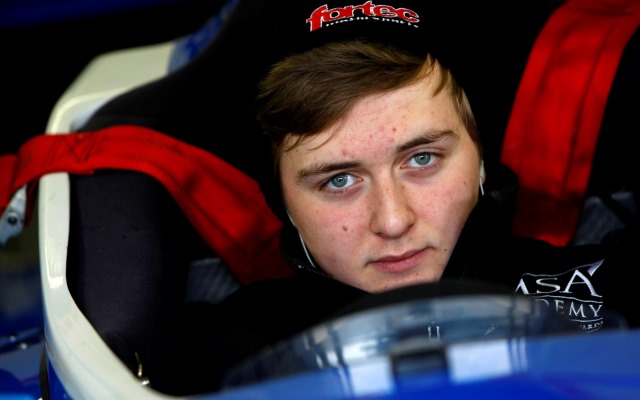 Gill, who is Fortec’s sole entrant this weekend, went on top in the morning session with six?minutes left on the clock, and never relinquished the lead. His second-best time ensured him pole for race two as well.

MGR Motorsport’s Pietro Fittipaldi will join Gill on the front row for both races. Colin Noble, Jr. took third on the grid for race one, ahead of TJ Fischer, Dimitris Papanastasiou, Tarun Reddy, with Hickin and Patrick Dussault completing the top eight. The six drivers also filled the second, third and fourth rows for race two, albeit in a different order.

Championship leader Matteo Ferrer had a tough first session, only managing to put in three laps due to an off, and will line up ninth for race one and tenth for race two, with Atte Lehtonen, the top SWB driver joining Ferrer on the row five.

Hickin took pole for race three, coming out on top after a tight battle with Noble Jr. Ferrer put the problems in the first session behind him and qualified third, ahead of Fittipaldi and Gill. Reddy took sixth on the grid ahead of Dussault, Papanastasiou, Fischer and Lehtonen completing the top ten.