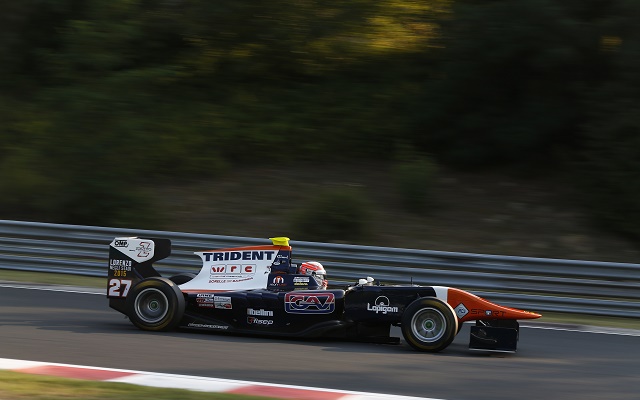 Ghiotto and Bernstorff took turns leading for much of the session and the latter seemed to get the initiative with his penultimate lap, clearing the opposition by a tenth and a half.

But Ghiotto improved just enough to take the spot back at the chequered flag, leaving Bernstorff with no time to respond.

A last-second lap vaulted Esteban Ocon into third, with Marvin Kirchhofer making up an all-ART second row of the grid.

Jimmy Eriksson and Matt Parry have locked out row three for Koiranen, the latter just 0.004s ahead of Alex Palou, whose seventh place is his lowest qualifying result from four GP3 outings.

Series veterans Kevin Ceccon and Pal Varhaug made up the top ten.

Alfonso Celis, teammate to Kirchhofer and Ocon, was the only one not to set a time, backing out of what would be his only flying lap midway through the session.