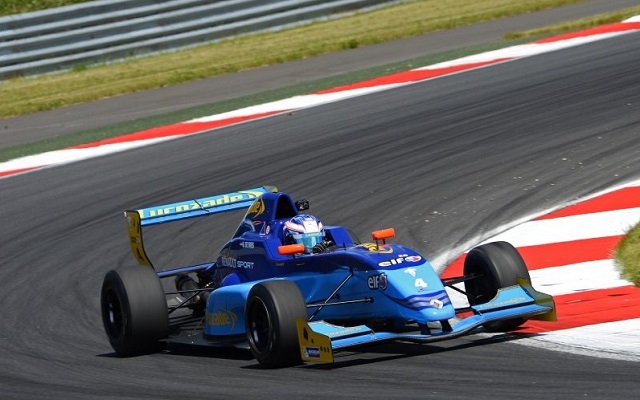 McLaren young driver Nyck de Vries achieved his first pole position of the season in Saturday qualifying for the Eurocup Formula Renault 2.0 finale at Catalunya, whilst standings leader Pierre Gasly kept himself ahead of Oliver Rowland as the pair are preparing to battle it out for the championship.

Gasly has an 11-point advantage over Manor?s Rowland going into the penultimate race and has claimed a front row spot by topping Group A. The pair is, therefore, scheduled to start in second and third, with Rowland missing out on the Group B honours.

De Vries, who after finishing as the Eurocup?s best rookie in 2012, has had a less successful year than expected, was the quickest man in Group B and took pole. The Koiranen man will be hoping to add to his sole victory of the year.

The only driver in contention for the title besides Gasly and Rowland, Esteban Ocon, will start from fourth, having narrowly missed out on first in Group A.

Andrea Pizzitola will line up in fifth alongside Lotus junior Oscar Tunjo, with Ignazio D?Agosto of KTR in seventh.

The consistent 18-year-old Russian driver Egor Orudzhev qualified eighth-fastest with Fortec?s Ed Jones, who was amongst the front-runners in practice, taking ninth. Jenzer’s Kevin Jorg will round out the top ten.