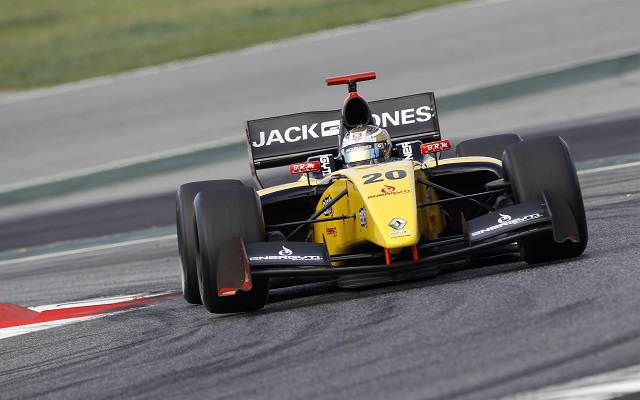 Formula Renault 3.5 title favorite Kevin Magnussen has once again displayed the edge over his rivals over one-lap pace as he took pole for the penultimate race of the season at Catalunya.

The qualifying produced a close fight for first over the final minutes, as the likes for Carlos Sainz, Jr., Will Buller, Nigel Melker and Will Stevens took turns topping the session.

However, it was the ever-present Dane who put in an effort that was to be unmatched by his rivals, as he took his seventh pole of the year in 14 attempts.

Caterham junior Stevens will start alongside the DAMS driver on the front row, while Buller rounds out the top three.

Sainz wound up eighth, ahead of Norman Nato and Antonio Felix da Costa.

If Vandoorne does not outscore Magnussen by 18 points in race one, the Dane will crowned series champion.