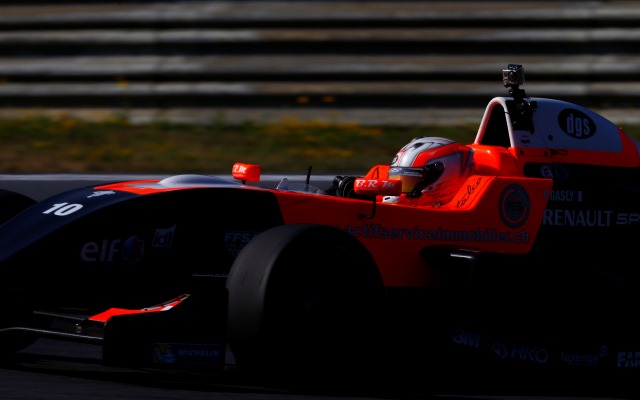 Rowland had topped the first of the two groups with a time of 1m42.293s, but Gasly hit the top of Group B and got his time down to a 1m41.746s. He then continued to set consistent lap times beneath the 1m42s barrier but although he was unable to improve his time again before the chequered flag, his margin was enough to take pole.

Esteban Ocon began eating into his fellow Frenchman’s advantage in the closing stages but his final lap fell 0.143s short so the Lotus man will have to make do with third on the grid behind Gasly and Rowland.

Jake Dennis was second to Racing Steps Foundation stable-mate Rowland in the first segment so will line up fourth on the grid. Nyck de Vries showed improved form to join Gasly and Ocon in the 1m41s in Group B and claim fifth on the grid ahead of Bruno Bonifacio, third in Group A.

Aurelien Panis was another to claim a strong result with the fourth best time in Group B, clinching him seventh on the grid ahead of his Group A counterpart Oscar Tunjo. Matthieu Vaxiviere and Ed Jones are set to complete the top ten on the grid.

Update: Gasly had his three fastest times deleted after stewards found that he had exceeded the track limits on three separate occasions. His consistent pace however means that his fourth best time of 1m41.831 was still good enough to beat Ocon by 0.058s to top Group A and take pole position.