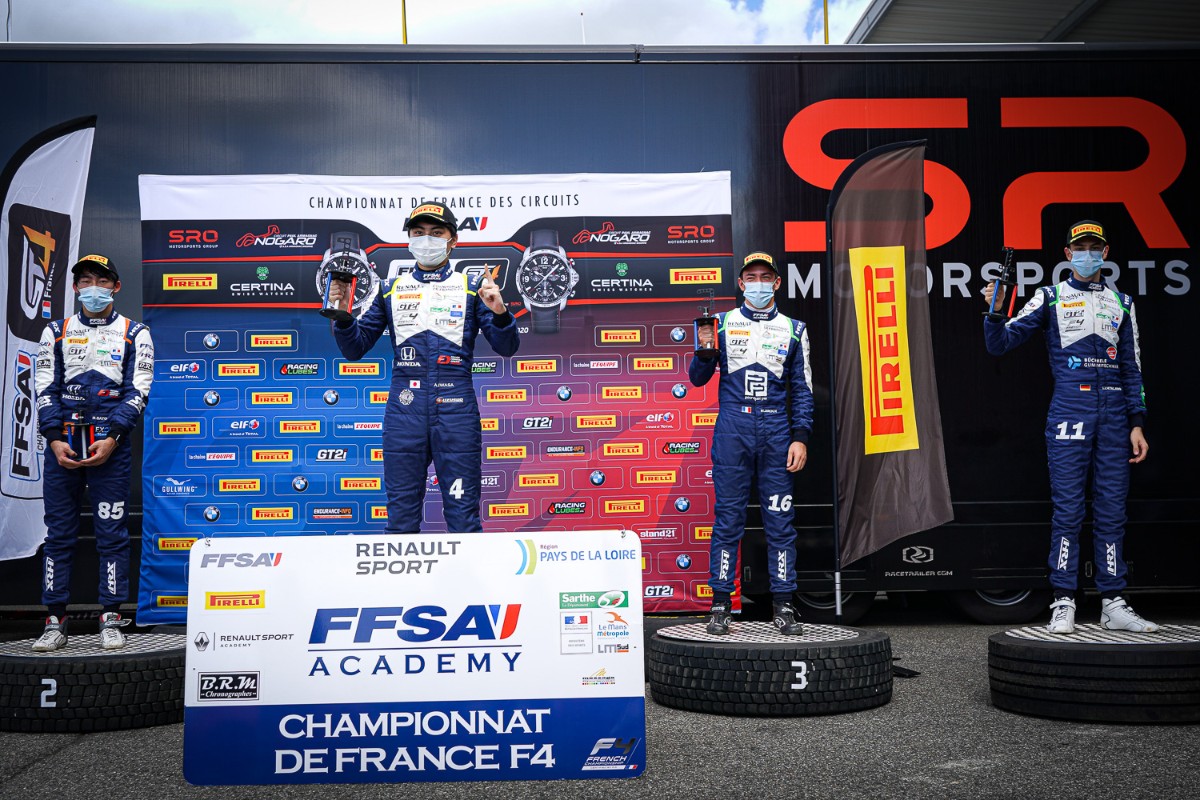 The French Formula 4 season could be over after the final round scheduled for the Le Mans Bugatti circuit next weekend was also cancelled due to COVID-19 measures.

Earlier this week the preceding round at Ledenon, that was to take place this weekend, was called off by the circuit and event promoter SRO Motorsports Group for similar reasons.

SRO said it was keen to arrange a replacement round for that Ledenon event for its own French GT championship and the usual support series including French F4.

That could be possible either during the current national lockdown in France under an exemption as ‘elite sport’ or with a December date should the restrictions be lifted.

French F4’s Le Mans round was set to be in support of the Trophee Tourisme Endurance (TTE), which said discussions with the authorities in the Sarthe region were unsuccessful. There are no plans to find an alternative date.

Even if the Ledenon event is replaced, the French F4 season will consist of six rounds at best.

This means the title is already guaranteed to go the way of either Ayumu Iwasa or Ren Sato, both Honda juniors in their first season of racing in Europe. They have won 12 of the 15 races held so far.

If no replacement round is organised, then Iwasa will be crowned champion by 57 points.

FRegional Americas and US F4 to visit classic tracks in 2021