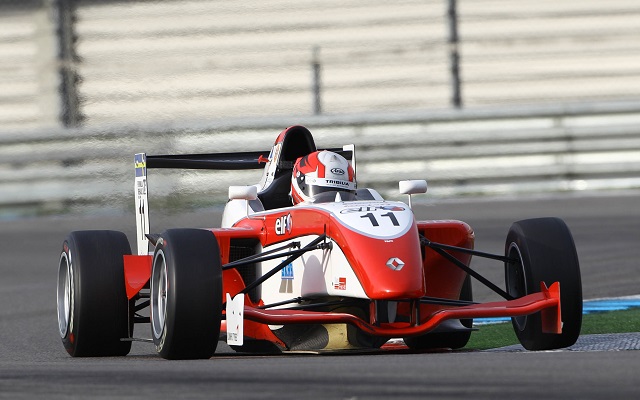 16-year-old Swedish youngster Pontus Fredricsson proved to be the quickest driver of the Formula Renault 1.6 NEC field in qualifying for the final round at Assen.

Fredricsson set his benchmark with about eight minutes remaining, which ended up enough for him to remain in first until the checkered flag. Championship contender Martin Rump got as close as it gets to Fredricsson’s time, but had to settle for second, 0.006s behind.

Patricio O’Ward and Tommy van Erp will start sixth and seventh respectively, as title contender Roy Geerts has to settle with eighth place on the grid, despite leading the first half of the session. The top ten is completed by Paul Sieljes and Oliver Soderstrom.

For the second and final race of the round, Fredricsson will also start from pole, ahead of Blomqvist and Rump, with championship leader Geerts in seventh.