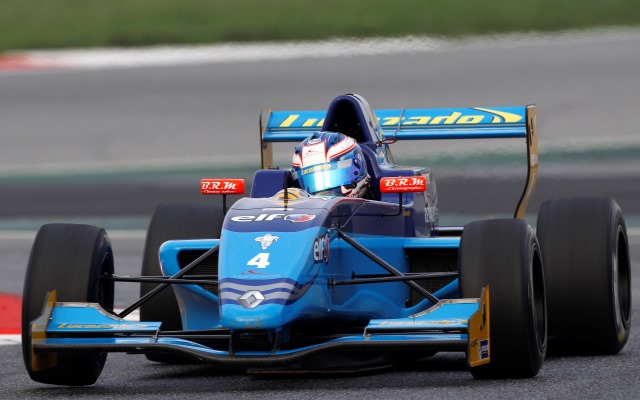 Nyck de Vries claimed his second Eurocup victory of the season with a sublime drive from pole in race one at Catalunya, whilst Oliver Rowland lowered Pierre Gasly?s championship lead to eight points.

While de Vries held on to the lead off the line, Rowland managed to get away better than Gasly, taking over in second.

Despite passing the Frenchman, Rowland never troubled de Vries out in front. The Dutchman, thus, led every lap and finished comfortably ahead of the rest of the field.

Third place for Gasly keeps the destination of the championship in his hands, and a second-place finish in tomorrow’s race would be enough for him to take the title.

Josef Kaufmann?s Oscar Tunjo was eighth, followed by Kevin Jorg who achieved his first top ten result of the campaign. Koiranen?s Victor Franzoni took tenth place as Jake Dennis retired from seventh with a gearbox issue during the last lap.