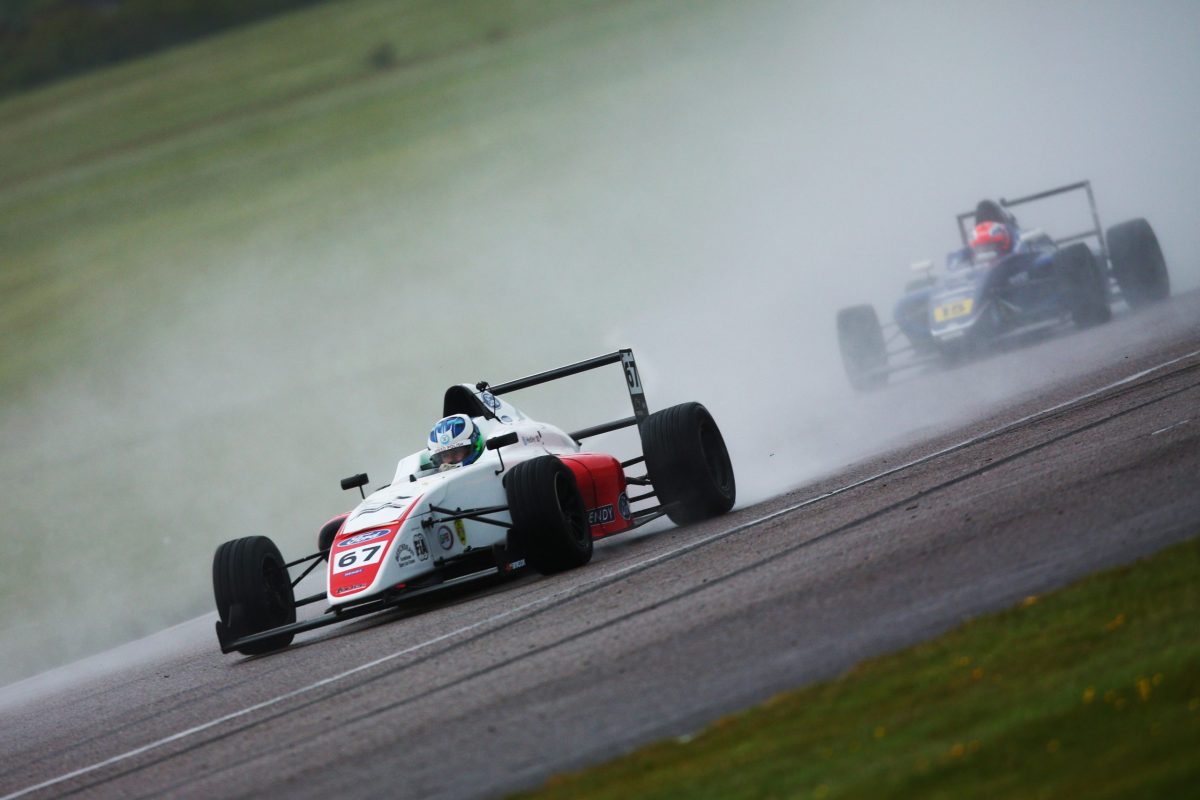 Fortec Motorsports had “no belief” it could repair James Hedley’s car in time for British Formula 4’s postponed final race at Thruxton last weekend after an enormous lap one crash.

Hedley and four other drivers were involved in a crash at the final chicane, bringing out the red flag at the start of race three.

The race was postponed, giving the teams roughly an hour to repair the cars, but Fortec team manager Ollie Dutton believed at first there was too much work for such a short space of time before successfully getting Hedley back on track.

“I’ve never been so proud of our team,” Dutton said to Formula Scout. “It was insane.

“The other three cars got brought back on the truck, and ours got dropped off around the back. We were about 15 minutes behind just trying to get into the awning. By the time we managed to get it to the awning we were on the backfoot.

“It was a big shunt, and there was a lot of work to be done. I had no belief we were going to get it out, but we thought ‘let’s crack on’. Everyone jumped on. The engineers jumped on, all the mechanics jumped on, my dad [Fortec owner Richard Dutton], myself. Everyone that could get involved did, just to try and get James back out.”

The repair job took almost the entire time Fortec had before the car needed to be in the assembly area ahead of the race, but Hedley was able to get there in time.

“With a minute to go we managed to get it. James was already in the car, waiting,” Dutton explained.

“We just chucked some tyres on. We didn’t track [the steering], so James was driving a bit skewed the entire race, which probably didn’t help him but you wouldn’t have known, the way he drove.

“To get the podium… we just wanted points, we just wanted anything. We weren’t expecting a podium, so to get a podium was fantastic for us and all the team.”

Hedley had to drive from eighth on the grid after a difficult qualifying session. While he won the opening two races, it was third place in the wet race three that earned the most celebration, and Hedley believes it made up for qualifying.

“It felt like I won that race,” he said. “The team did an amazing job and it just shows how amazing they are. For me to return the favour and get a podium is beyond expectations. That’s just what they deserved.

“As Ollie mentioned, the steering was slightly skewed, so that would have definitely been worse if it was dry. We got a bit lucky there.

Five things we learned from the 2021 FIA F3 season opener