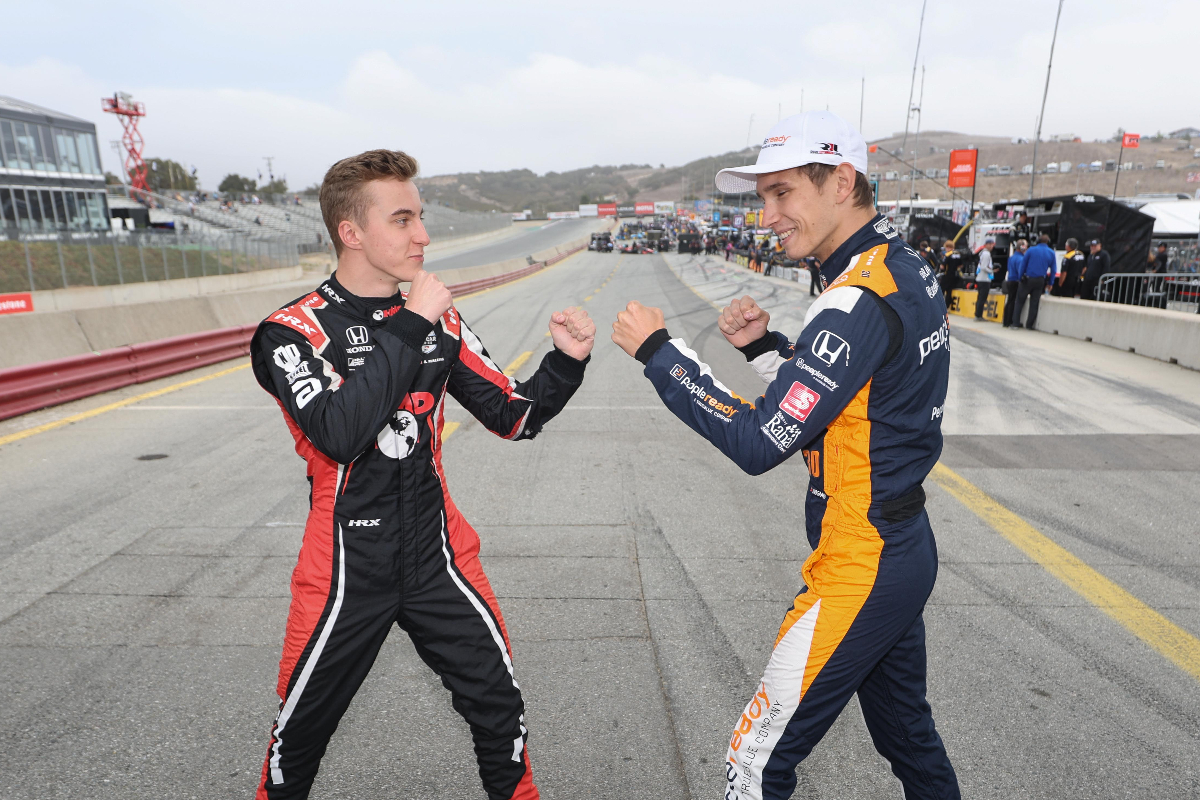 Every year, some of junior single-seaters’ top drivers are handed professional opportunities. Some lead to long-term careers in sportscars, while others try out the more cut-throat world of F1 and IndyCar

In addition to annually ranking the top 50 drivers in junior single-seater racing since 2011, Formula Scout also recognises the achievements of the very best of those who ‘graduate’ into the world of professional racing each year.

For 2022 there seemed to be a smaller group of drivers moving up than usual, with several names who had raced at the secondary level of single-seaters switching into sportscars in seats at what would be considered a non-professional level.

The most noticable drover to miss the cut on makng the “Class of 2021” was Dan Ticktum, who scored one point and finished 21st in Formula E this year. Devlin DeFrancesco similarly spent much of his rookie IndyCar season down the order.

Oliver Rasmussen started his first year in sportscars by finishing ninth in the Daytona 24 Hours, and he went on to take two World Endurance Championship podiums, but he did still continue to race single-seaters in FIA Formula 3. Similarly, Pierre-Louis Chovet pursued opportunities with Lamborghini but then also starred in Formula Regional.

Tijmen van der Helm and Alex Peroni both raced LMP2 cars like Rasmussen, but were in Pro-Am entries. Sebastian Alvarez was arguably the top single-seaters-to-sportscar graduate, as he starred in the Asian and European Le Mans Series, except he took on a drive in the tertiary level LMP3 prototype category so it was not at a professional level. Nico Pino did the same, while Gillian Henrion dominated the Ligier European Series for prototype cars but against amateur opposition.

Elias Seppanen and Lorenzo Patrese went from FRegional and Formula 4 respectively into GTs, while former Sauber junior Dexter Patterson put behind a chaotic 2021 in the junior series to make a surprise move into the British Touring Car Championship.

Miyake was a surprise addition to the 2022 Super Formula grid. After one season in Formula 4 he was dropped as a Honda junior and switched to sportscars in Super GT300, where he has been for three years.

But in 2021 he made an unexpected single-seater return in Super Formula Lights with the underdog Rn-sports team, winning twice and finishing fourth in the standings.

Rather than build on his SF Lights experience, he was then signed by Team Goh – a squad racing independently after several years of co-running a single car – for SF.

Miyake had car experience from 2021 post-season testing with KCMG, and his rookie SF campaign initially belied his inexperience as he claimed a top-five finish in his second race and a podium and fastest lap in his fourth race. But the year thereon was difficult, and a lack of manufacturer affiliation means his future is undetermined.

Stevenson did start his car racing career in sportscars, coming sixth in Ginetta Junior in 2019, but he then went on to race in British F4 (finishing third with two wins) and then Euroformula (sixth with two wins) after a brief go at Formula Regional proved unrewarding.

After joining GP3 runner-up Facu Regalia’s management company, Stevenson moved into GT3 sportscars this February in the Gulf 12 Hours. The event only attracted 12 GT3 cars, but Stevenson did finish fourth.

Top Mercedes team Auto Sport Promotion then signed him for GT World Challenge Europe, the world’s most competitive GT series. Partnered with Thomas Drouet, there was five top-eight finishes in the Sprint races, which translated to seven podiums and second in the Silver Cup standings (as Stevenson is graded Silver by the FIA). Eighth place in the Paul Ricard 1000km meant he was ninth in the Endurance standings for the Silver Cup too.

There was lots of expectation placed on Kirkwood ahead of his IndyCar debut, having dominated all three Road to Indy series at his first attempt, and unfortunately those expectations weren’t matched.

Starting his IndyCar career at AJ Foyt Racing was never going to be an easy task, but having a seat secured at the way more competitive Andretti Autosport team for 2023 six races into the year should have lifted pressure off his shoulders and allowed him to concentrate on learning.

Conversely, it seemed to be the other way round as mistakes that resulted in accidents when he was running strong were too frequent, and the 10th place achieved at Long Beach in only the third race remained his best result. Notwithstanding, the flashes of speed he showed are definitely a good sign for the future.

The Honda junior was already known internationally as a rising star, having claimed the Japanese F4 title in 2019, come second in French F4 in 2020, and then won five times en route to third in the SF Lights points last year.

So when he was signed by Team Goh (to form an all-rookie line-up) and then became a Red Bull junior early in 2022, the expectation rose further. And then even more when he qualified second on his SF debut.

But he fluffed his first start in the series, dropping to sixth immediately then being spun to the back. He made it into the lead before pitting, which dropped him to 11th, and he finished ninth.

The next day he qualified fourth, but made another bad start and finished 13th. The highs and lows continued, and he lost Red Bull junior team boss Dr Helmut Marko’s favour. Sato, who’d already had a brush with losing his Honda backing in 2021, was under big pressure.

He used an overcut strategy to finish seventh and third in two of the last three races, but on the season’s final day he spun in qualifying and behind the safety car. Yet it was enough to be SF’s top rookie, and – despite Red Bull and Goh splitting – earn a Nakajima Racing seat for 2023.

It could be said that Zhou arrived well prepared into Formula 1 after clocking a generous number of laps in private testing during his time as part of the Renault/Alpine stable. Nevertheless, making the step onto the pinnacle of motorsport is never easy as there is much more than just driving, and doing so with a different team to the one you have been preparing with just adds to that.

Zhou’s tally of points compared to his Alfa Romeo team-mate Valtteri Bottas doesn’t provide a full picture of the year. While Bottas was scoring points consistently early in the season, Zhou was still adapting to the category, and by the time the Chinese driver had closed the performance gap to his team-mate, the car had already lost ground to its competitors.

Dale Coyne Racing with HMD Motorsports’ Malukas was for many the revelation of the IndyCar season, especially in the second half of the year.

The 2021 Indy Lights runner-up needed a few weekends to get to the grips with America’s top single-seater series, but as the season progressed he felt more and more comfortable in the car, which translated into more speed on track. And he clearly outpaced team-mate Takuma Sato, a two-time Indianapolis 500 winner no less, in the season’s second half.

Whereas qualifying was usually his strongest point, his racecraft on ovals had him come home in second place at Gateway in what were vibrant final laps, which included a brilliant move around the outside of Scott McLaughlin.

Already one of the most high-profile women in motorsport as the first female racing driver from Saudi Arabia, Juffali also became one of the higher achieving ones on-track in 2022.

Having mustered just three top-five finishes from 102 races over three years in junior single-seaters, Juffali adapted to GT3 racing far quicker and came second in her class and ninth overall on her endurance racing debut in the Dubai 24 Hours. She also came second in class on her Nordeschleife debut.

Following that she made the unprecedented step of establishing her own team entry, Theeba Motorsport, to enter International GT Open. It was a rewarding season alongside the experienced Adam Christodoulou in terms of results and paddock learnings, coming sixth in the championship with three podiums. The pair were also second in the Pro-Am standings.

Juffali was the top Bronze Cup entry at the Spa 24H too, and her driver grading from the FIA will go down from Silver to Bronze for 2023. Slightly unfair for a driver who was no slouch as a rookie and quickly became a star of the paddock. 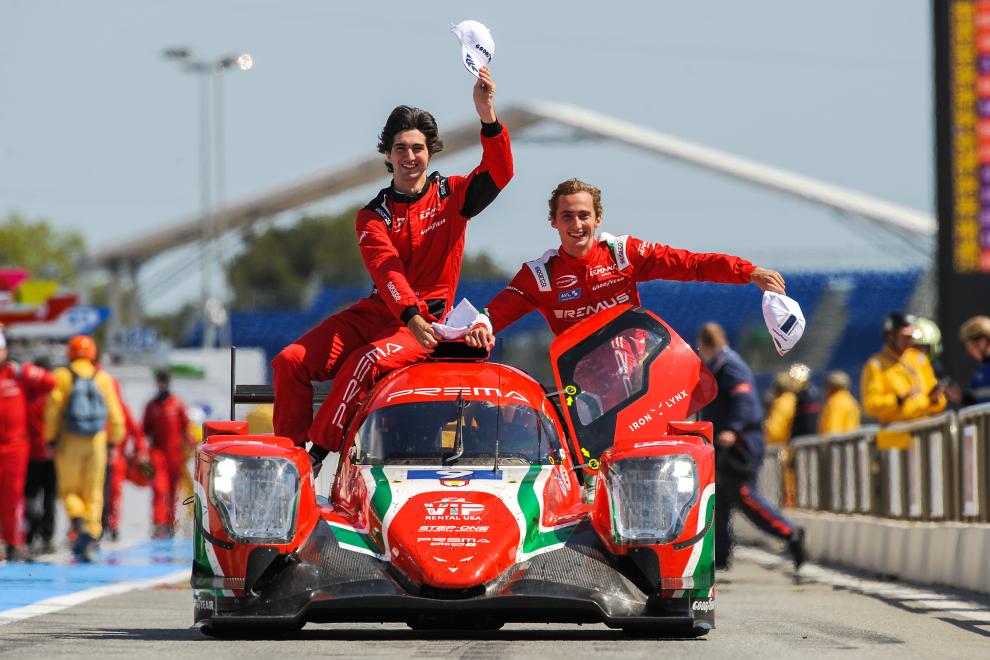 Colombo and Prema were both new to sportscars racing coming into 2022, however, team and driver felt immediately at home and were completely up to the challenge that had been posed to them.

Initially, the Italian had been signed for WEC only, but he also ended up deputising for Juan Manuel Correa in ELMS, where he achieved the best results. Hadn’t Correa returned for the last two rounds after settling his FIA F3 commitments, Colombo would have won the ELMS drivers’ title like his team-mates Ferdinand Habsburg and Louis Deletraz did.

Notwithstanding, three victories out of four participations together awarded Colombo third place in the final standings.

Algarve Pro Racing’s restructuring after ending its collaboration with G-Drive as a consequence of Russia’s invasion of Ukraine at the end of February resulted in Viscaal being part of a two-driver, Silver-graded line-up in the team’s Pro car in ELMS.

He quickly switched his mind from single-seaters to sportscars and together with Sophia Floersch stepped onto the podium in the first race of the season at Paul Ricard. The pair continued to put some spectacular performances that often went unrewarded due to misfortunes. A team-mate change with two rounds to go wouldn’t hinder Viscaal, who was named ELMS’ Rookie of the Year despite only finishing ninth in the overall standings.

The Dutchman was also part of ARC Bratislava’s WEC line-up for the Spa 6 Hours and Le Mans 24H, where the team finished third in LMP2 Pro-Am class.

A 2021 Formula 2 season which was far from meeting expectations crashed any small chance that Lungaard could have of making it to F1. Aware of that, the Dane already started to look elsewhere mid-year, making a one-off IndyCar appearance with Rahal Letterman Lanigan Racing on Indianapolis Motor Speedway’s road course race in August. He qualified in an impressive fourth place and finished the race in 12th after leading two laps.

Having made a splash in his debut, Lungaard returned to the USA in 2022 to race full-time in IndyCar, and he didn’t disappoint. Despite RLLR not being as fast as in previous years, he proved that the performance of his debut wasn’t just a very good day in the car. He was strong and consistent most of the time, matching his very experienced team-mate Graham Rahal and clearly outpacing Jack Harvey. A podium at the second IMS road course race and fifth place at Laguna Seca together with five more top-10 finishes made him the top rookie as he finished 14th in the standings, two spots ahead of rival Malukas.