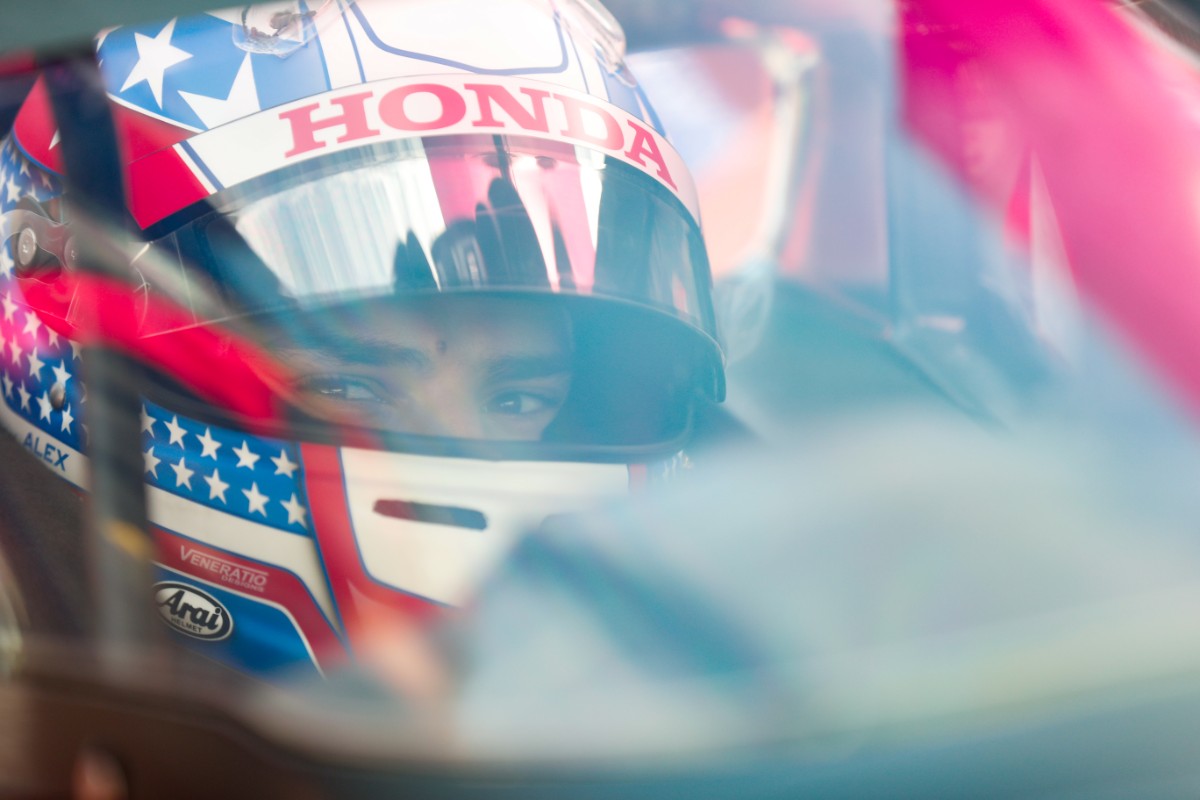 Chip Ganassi Racing’s IndyCar driver Palou started the first 20-minute race from pole position and controlled the action from the front of the pack ahead of his Fordzilla team-mates Julian Moreno and Lopez.

The trio were just ahead of top Pro class driver Roman Bilinski – the Carlin driver the top British Formula 4 regular as champion Luke Browning was absent – and the quartet pulled away.

Bilinski, however, spun off and tapped the wall after passing Moreno, who had just been passed by Lopez, as the race approached the halfway point. His gap to team-mate Kai Askey, who started down the order but made up places despite being involved in an early collision, shrunk drastically.

From there, Palou pushed Lopez back into the clutches of Moreno. The Fordzilla trio held station though, and Lopez’s second place behind Palou, who missed the previous round at Silverstone due to real-world testing at Laguna Seca, was enough to seal the Pro-Sim class title with a race to spare.

In the Pro class, Askey and Bilinski battled hard and went side-by-side through the Grand Prix loop. That scrap came to an abrupt conclusion in the closing stages when Bilinski got sideways coming out of Paddock Hill Bend and crashed into Askey.

Bilinski regardless was able to come through for the class win, but Askey’s race ended in the pits. JHR Developments’ Joseph Loake finished the depleted Pro class in second ahead of team-mate James Hedley. The remaining Pro drivers all got caught up in significant contact.

Askey started race two on the front row alongside NHR e-Sports/Fiercely Forward Jacco Van Plaat and got ahead at the start before the latter ran wide at Druids.

The top four in the early stages were all Pro class drivers, as the frontrunners of the Pro-Sim field came into contact into Druids on the second lap.

The Fordzilla trio went three-wide into the corner. Moreno had to use iRacing’s fast repair as a result, along with Loake and former GP2 racer Roldan Rodriguez.

Palou was leading the Pro-Sim class when he made contact with Arden’s Frederick Lubin, but the latter came off far worse while Palou only lost a spot to Lopez.

From there, Hedley spun off while running in second, leaving Askey to fight Bilinksi at the front.

Askey held off Bilinksi’s attacks to take his first win, while Lopez rounded out the overall podium as Pro-Sim victory.