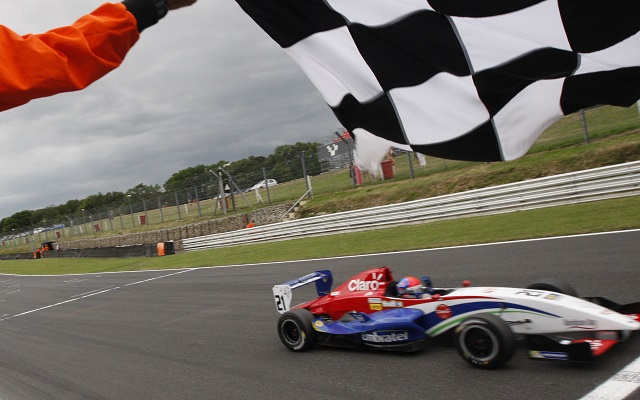 Championship frontrunner Pietro Fittipaldi extended his points lead after a victory in the first Protyre Formula Renault race at Snetterton.

Although Alex Gill and Piers Hickin, who started from the front row, kept their respective positions off the line, they were given drive-through penalties for jump starts.

This allowed Fittipaldi to take the lead and pull away from his teammates Tarun Reddy and Matteo Ferrer, with the Brazilian eventually winding nine seconds up the road.

As such, Fittipaldi took the checkered flag after 12 laps, securing his sixth Protyre Formula Renault win in a row, while Reddy and Ferrer completed an MGR 1-2-3.

Although Gill was relegated to fifth after his penalty, a late move on TJ Fischer allowed him to take fourth with Hickin finishing sixth.

MTECH’s Hayden Edmunds and SWB’s Jack Butel finished seventh and eighth respectively as the order was completed by Patrick Dussault and Colin Noble Jr, their races hindered by a collision after the start.