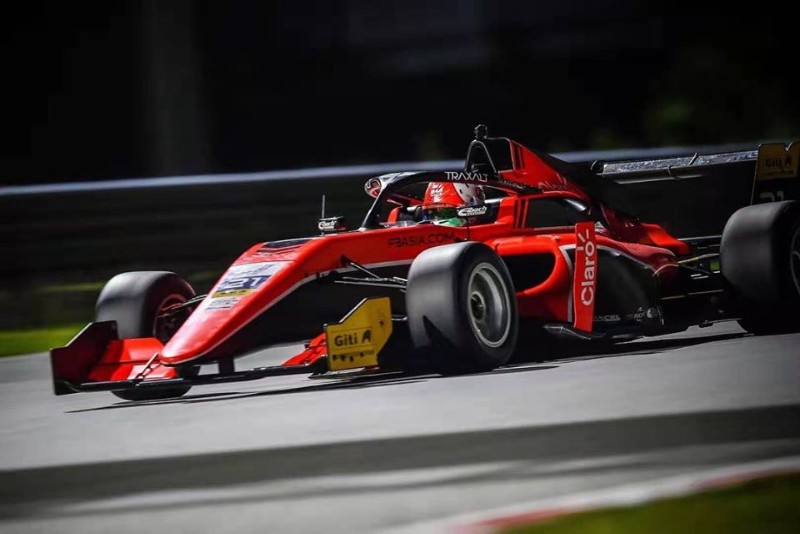 The 2019-20 Asian F3 season begins next weekend at the Malaysian circuit, with nine confirmed drivers across five teams.

Mazepin, who topped the final day of post-season F2 testing in Abu Dhabi for Carlin and travelled straight to Malaysia, was third fastest in the floodlit night-time Sepang test.

He drove for Hitech GP, who he raced with in FIA European F3 for two years and is ran by his long-time career mentor Oliver Oakes.

BlackArts Racing’s Yu Kanamaru was the fastest driver in the test, and the only to break the 2m00s barrier. He was 0.704s up on Jack Doohan, who had switched from Hitech to Pinnacle Motorsport, and 1.070s up on Mazepin.

World Series Formula V8 3.5 champion and Audi DTM driver Pietro Fittipaldi, who also travelled from Abu Dhabi after testing for Haas, was sixth fastest. He was 1.909s off the pace in his first day in an F3 car since 2015.

Between the two big-name drivers were Chinese talents James Yu (Zen Motorsport) and Daniel Cao (Absolute Racing), who was fastest in the first of the three test sessions.

Jamie Chadwick did not take up her seat with Absolute for the test due to being in London to find out if she would be the recipient of the Aston Martin Autosport BRDC Award.

BlackArts’ Joey Alders was also absent, as he was finishing off his title-winning Asian Formula Renault season at Zhuhai.