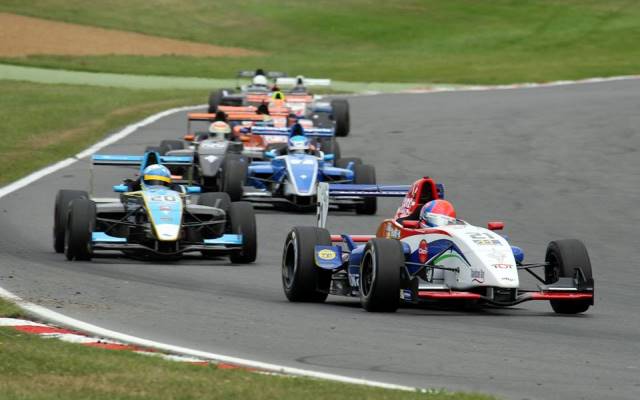 Protyre Formula Renault points leader Pietro Fittipaldi rounded off the third round of the championship at Brands Hatch with another victory.

Fittipaldi comfortably led the race from pole position early on and gradually raised his gap to teammate Matteo Ferrer, building it up to four seconds by the final stint of the race. He then comfortably cruised to victory – his fifth consecutive win in the series – with Ferrer making it another MGR 1-2.

Having retired from race one, Piers Hickin pulled off a lap 11 overtake on Alex Gill to seal the final spot on the podium.

TJ Fischer was seventh, with Colin Noble fending off Hayden Edmonds for eighth.

Edmonds suffered electrical problems in the closing stages but brought the car home to take ninth, while SWB duo of Jack Butel and Atte Lehtonen ran close together for the entirety of the race and both ended up taking the flag a lap down.

Hillspeed’s Dimitris Papanastasiou was the race’s only non-finisher, crashing out of ninth and into the barriers at Paddock Hill on lap four.