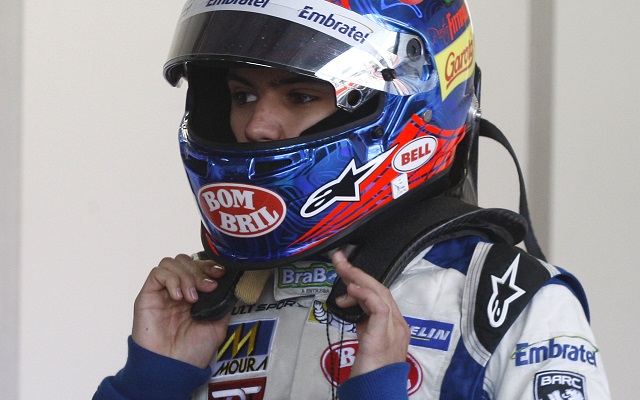 Pietro Fittipaldi completed his third perfect Protyre Formula Renault round out of four after a lights-to-flag victory in race three at Snetterton.

Alex Gill, who started from pole in the last two races but was unable to win either one, took second after the start and followed the MGR Motorsport frontrunner closely throughout the race.

He ended up just 0.5s behind Fittipaldi, who claimed his eighth consecutive Protyre FR victory.

The top ten was rounded out by Jack Butel, Hayden Edmunds and Patrick Dussault.

Coming into the final two rounds, the Brazilian leads the standings with 338 points. His nearest rivals Ferrer, Gill and Hickin are at 268, 262 and 249 respectively.