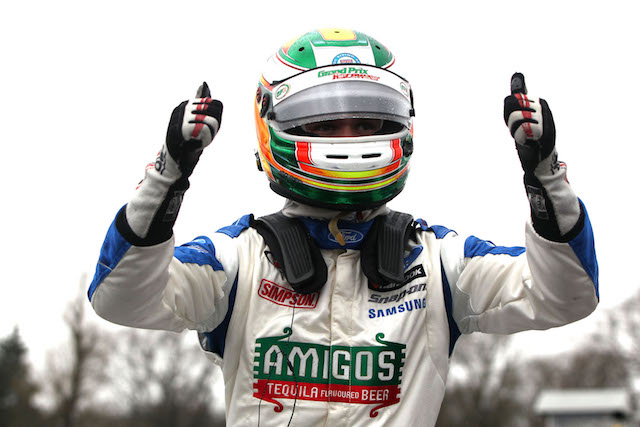 Sennan Fielding claimed victory in an eventful second race of the MSA Formula season at Brands Hatch that was halted part-way through due to rain.

It was?Zane Goddard and?Alex Quinn who started on the front row of the reverse-grid, but they were overhauled off the start by second-row men?Rafa Martins and?Jamie Caroline.

A bid for the lead from Caroline saw him run wide at Druids and fall to fifth, with Fielding rising to second as the safety car appeared after?Frank Bird spun.

Fielding initially fell to fourth at the restart behind Caroline and?James Pull,?who then worked their past Martins into first and second. Fielding was on a charge though and went three-wide with Caroline and Pull into Paddock Hill Bend, passing both and taking a decisive?lead with three laps to go.