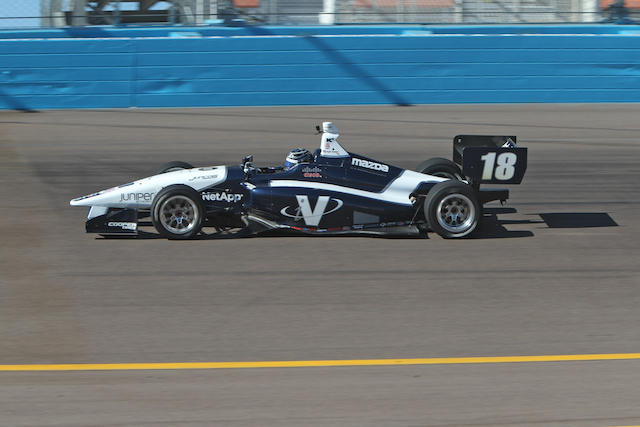 Kaiser led all 90 laps to take his first career victory in Indy Lights, his third consecutive podium finish to open the 2016 season – and the sophomore driver for Juncos Racing becomes the third different winner in as many races of the 2016 season.

Ed Jones?finished where he started in second for a much-needed bounce-back result after a tough outing in St. Petersburg. Second-year drivers completed the podium as?RC Enerson?finished third for Schmidt Peterson Motorsports, his fourth top-five finish in as many career oval races in Indy Lights.

It was not a good oval debut for St. Pete race two winner?Felix Rosenqvist, finishing 15th?as the last car running.

Only one car failed to finish, as?Heamin Choi spun on lap thirty-four, bringing out the only yellow flag of the race.