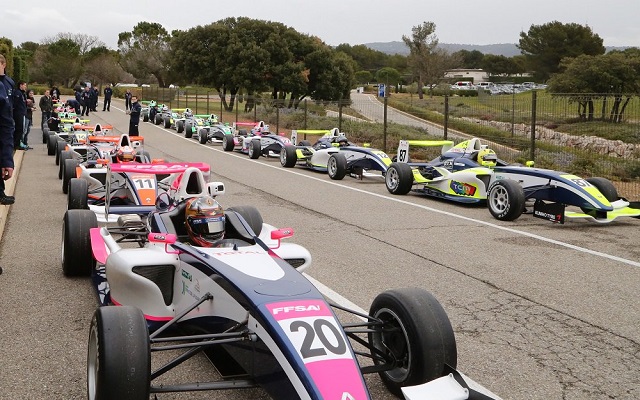 Sophomore driver Ye Yifei?swept?both Saturday races in the first round of the 2016 French F4 season at Paul Ricard.

Yifei first took a crushing win from pole in the first running?and then fought his way up from 10th in the following reverse-grid race.

The 15-year-old Chinese was nine seconds in the clear of second-placed Hugo Chevalier at the finish line of Race 1.

The Frenchman overtook Michael Benyahia?for the spot, the American completing the podium.

In Race 2, Yifei was?up to sixth from 10th after the start and, after a?safety car interruption caused by Roes, he jumped into the lead in just two laps.

He built a lead of eight seconds from Chevalier and Benyahia as the trio completed an identical podium.

Mela became the best of the rest in fourth as Samon finish fifth.

Belgian Gilles Magnus recovered from a Race 1 exclusion, which he received for ignoring a drive-through, to take sixth, followed by Arthur Rougier, Marvin Klein, Charpentier and Jean.

The round will conclude tomorrow with further two races.