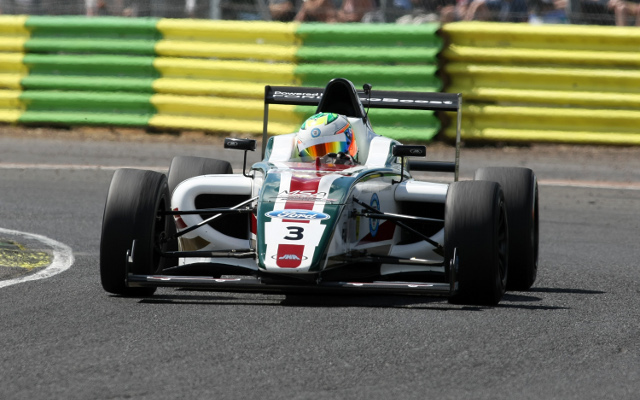 Sennan Fielding has been given his second MSA Formula win after investigations into the controversial first race at Croft.

Lando Norris led the race from pole position until the very last corner, when contact was made with the chasing?Dan Ticktum.

While Norris was eliminated on the spot, Ticktum took the chequered flag in first.

Stewards however have ruled that the Fortec driver caused an avoidable collision and excluded him from the results.

Fielding actually crossed the line in third behind Ticktum and Ricky Collard, but only after he opted to go around the outside of the stricken car of Norris and Collard took the inside, gaining the place.

Stewards therefore ruled that Collard had overtaken Fielding under yellow flags and reversed the positions, making Fielding the winner.

UPDATE: Fortec have appealed the exclusion of Ticktum to the MSA, so results remain provisional with Ticktum as the race winner.