Ferrari came under fire when Italy was left with no F1 drivers in 2012, but they were already grooming a young driver from the country. And after dominating the Pau Grand Prix, he won twice again last weekend…

He only turned 17 at the end of last year, but Raffaele Marciello is already impressing after making the step up to European-level Formula 3 competition for 2012. Having been recruited by Ferrari before his first season in single-seaters, Marciello is aiming to race for the Scuderia in Formula One and become the first Italian to win for them since Michele Alboreto in 1985.

Raffaele was born in Zurich in Switzerland. In 2005 aged 11 in karting he won the Swiss Championship in the Super Mini class. Stepping up to the KF3 class in 2007, he was second in the Swiss Championship and the Bridgestone Cup Europe. For his final year of karting in 2009 he raced as part of the Intrepid Junior Team run by leading kart manufacturer Intrepid. He came fourth in the CIK-FIA European KF3 Championship and fourth in the WSK International Series, finishing behind Nyck de Vries, Daniil Kvyat and Carlos Sainz Jr in both competitions.

In March 2010 Raffaele was recruited to the Ferrari Driver Academy ahead of his maiden single-seater campaign in Formula Abarth. Aged 15, he won his very first car race at Misano, although he would only make one further appearance on the top step on his way to third in the final standings, as fellow Ferrari starlet Brandon Maisano took the title. Raffaele did claim one other victory that year in a non-championship race at Spa. 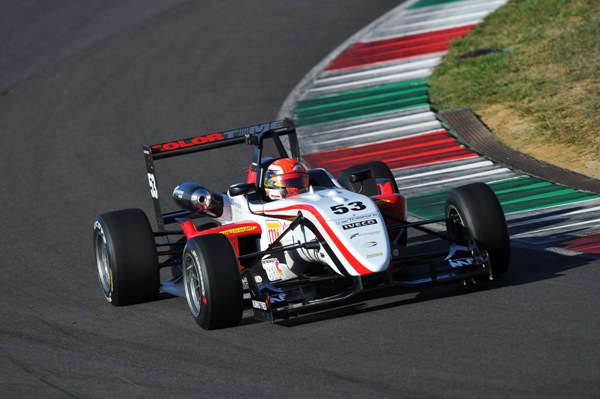 2011 saw Raffaele step up to Italian F3, winning races at Misano and Adria as he was again third overall – this time one spot ahead of Maisano. He also returned to Spa to take part in a one-off round of the FIA F3 International Trophy, finishing fifth in the second race.

His performances would earn him a step up to the F3 Euro Series for 2012, but he started the year by travelling to New Zealand to contest the Toyota Racing Series. He would endure a difficult time though, with bad luck often preventing him from turning his pace into top results. He did claim one race win, at Hampton Downs, as he finished the campaign in ninth overall.

Back to Europe for the rest of 2012, and to Hockenheim for the opener of both the Euro Series and the FIA’s revived European F3 Championship. After a sixth in the first race, Raffaele won the second race of the weekend from third on the reverse grid. The third race didn’t go so well, a drive-through dropping him to 17th. 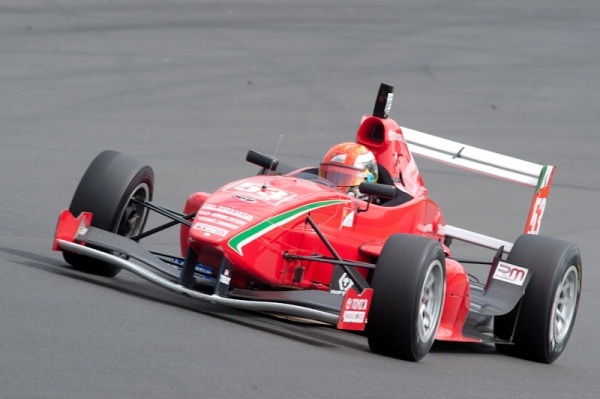 The second weekend of the season took Raffaele to the historic Pau street circuit in France for a pair of European Championship races. Despite no prior circuit knowledge, he dominated the weekend, first claiming a double pole before winning the first of the two races. In the second race, the Pau Grand Prix, he took a commanding 13 second win.

He then raced at Brands Hatch for the first time last weekend for the second round of the Euro Series. Qualifying second, he beat his more experienced teammate Juncadella off the line and then kept him at bay to win. The reverse grid race two saw him finish seventh, before winning yet again in race three, this time after Juncadella was handed a drive-through for being ahead of his grid spot. Rafaelle’s winning margin was 15 seconds.

He leads the FIA European Championship standings by 22 points, and is just one point off the lead in the Euro Series.

Talent rating: His karting career and his early single-seater results were already signs that Raffaele had talent, and Ferrari had clearly seen something too. Regardless of any bad luck, he didn’t show any amazing pace in the Toyota Racing Series, but he’s now punching well above his weight in F3, where he’s taking on and beating proven talents with more experience like Juncadella. And he’s still only 17. 9/10

Chances of getting to F1: Everything depends on whether he can carry his current form into higher categories, but if he can, Ferrari will no doubt do all they can to get him into Formula 1. Keeping up this level of performance will be absolutely key, however. 8/10 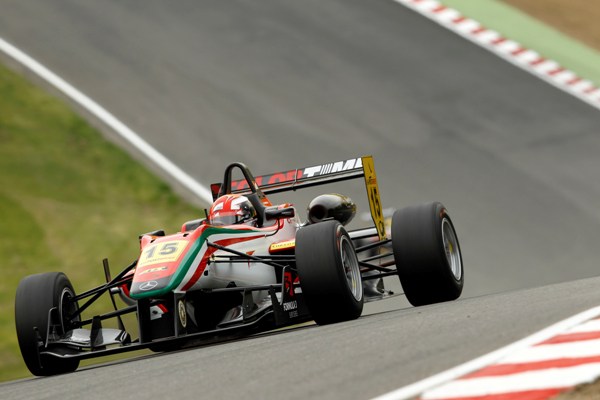