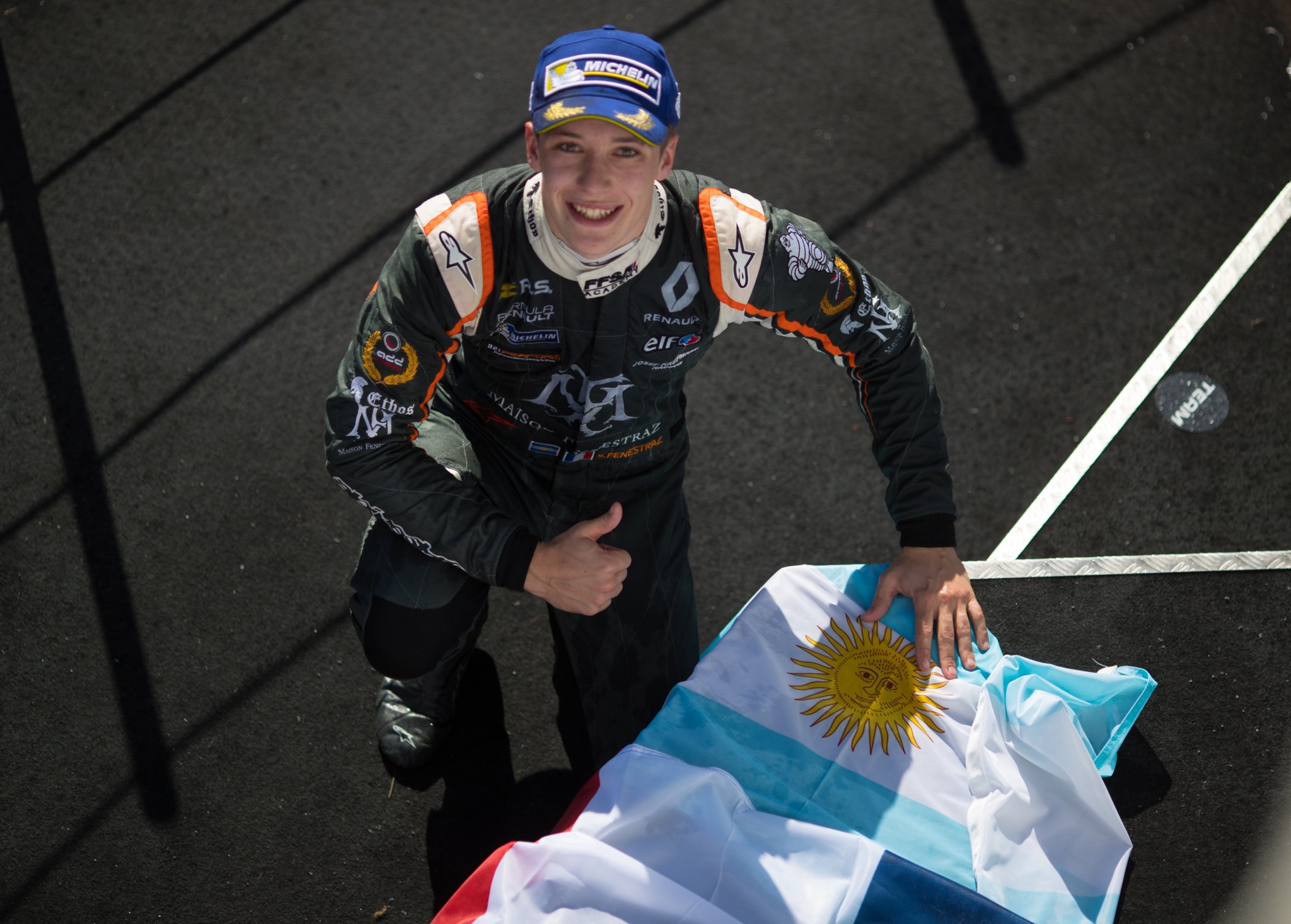 Sacha Fenestraz drove a champion?s race to win the final race of the Formula Renault Eurocup season at Barcelona, withstanding pressure from Robert Shwartzman throughout.

Fenestraz took a record-equalling ninth pole of the season in qualifying, with Shwartzman lining up alongside on the front row.

At the start Shwartzman did not offer too much of a challenge, but reset himself after a short safety car period and stayed on Fenestraz?s gearbox for the rest of the race.

Although Fenestraz continuously locked up at Turn 4, there was no opening for Shwartzman and they ended the 15 lap race separated by 0.4 seconds.

Max Defourny made up for his destructive race two crash with his 11th podium of the season, with Will Palmer finishing fourth and securing second place in the standings.

Aleksandr Vartanyan, who qualified tenth, fell to the back of the field on the first lap after an off at Turn 4, but overtook 10 drivers and finished the race an impressive 18th.

The sole appearance of the safety car in the race was to retrieve Ghislain Cordeel?s stricken car from the Turn 12 gravel.

The crash that eliminated 12 drivers from the second race also prevented four from starting the third, with Zane Goddard, Charles Milesi, Jean-Baptiste Simmenauer and Najiy Razak failing to take part due to the damage to their cars.