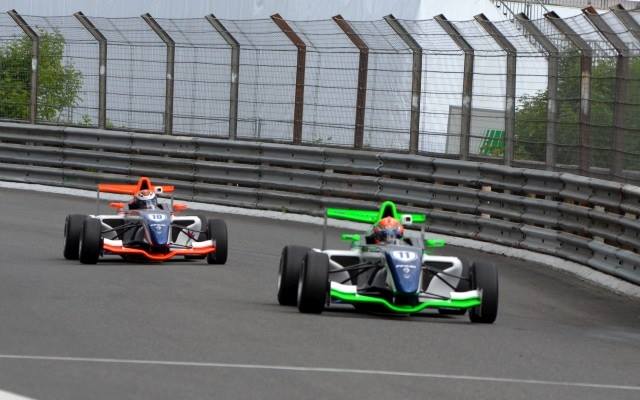 Sacha Fenestraz converted the first of his pole positions for the French F4 round on the streets of Pau into a win.

The Frenchman recorded his second victory of his maiden season in cars, comfortably outpacing his opponents over the 18-lap race.

The contest was basically settled after Fenestraz kept first at the start as he quickly established a two-second lead as he had little trouble maintaining it for the rest of the distance.

Having claimed his first French F4 podium at Pau last year, Valentin Moineault was a lonely second for the entire race distance, while Gabriel Aubry held off the more experienced Simo Laaksonen to round out the top three.

Giuliano Alesi was fifth ahead of Reuben Kressner and Julien Andlauer, who kept Axel Matus at bay.

Louis Gachot and Ye Yifei both passed Hugo Sugnot-Darniche during the race to lock out the reverse-grid front row for race two, with Sugnot-Darniche nursing a damaged rear wing to finish 11th.