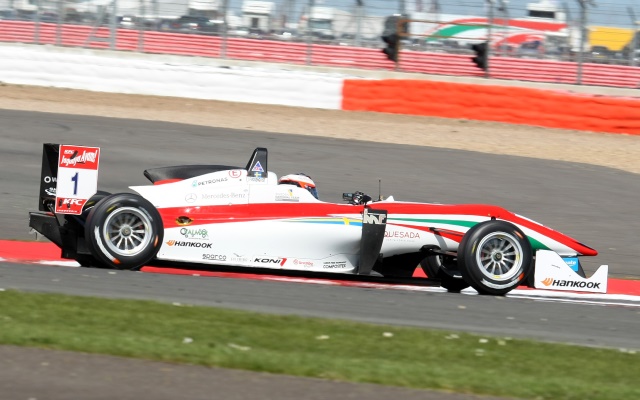 Felix Rosenqvist set the pace in both free practice sessions ahead of the second round of the FIA F3 European Championship at Hockenheim.

F3 veteran Rosenqvist, who has raced 26 times at the German circuit – all in F3 – and won on six occasions, led a Prema lockout of the top four places in the first session.

Antonio Giovinazzi – who leads the standings after three podiums at Silverstone – was best of the rest in P5 for Carlin ahead of Van Amersfoort’s Charles Leclerc.

In the second session, Rosenqvist beat rookie Stroll by 0.116 seconds to set the overall best time from the 80 minutes of running, the Swede shaving three tenths off his earlier benchmark.

Ferrucci moved up to third in front of Giovinazzi and Dennis, while Raoul Hyman – who topped Formula Renault 2.0 testing at Hockenheim in March before his late switch to F3 came about – was sixth.

Leclerc led his fellow Silverstone F3 debut winner George Russell (in contrast to Rosenqvist, neither has ever raced at Hockenheim) in seventh and eighth respectively, while the top 10 was rounded out by Beretta and Gustavo Menezes.

35 cars took part in practice, with Marvin Kirchhofer – who has six wins from his eight races at Hockenheim in the last three years across ADAC Formel Masters, German F3 and GP3 – still absent despite his presence with Eurointernational on the entry list for the weekend.

He had missed Silverstone due to a clash with a GP3 test, with the F1-supporting series getting underway at Barcelona next weekend.