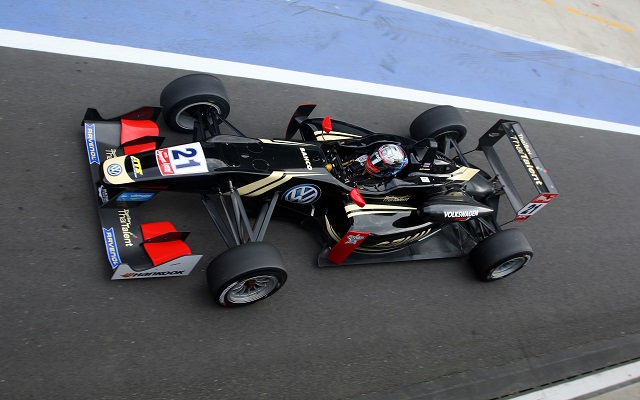 While much of the attention at the opening round of the FIA F3 European Championship at Silverstone was focussed on a couple of rookies that won races, another debutant enjoyed an impressive weekend with three top-six finishes.

That driver was Alex Albon, a member of the Lotus F1 Junior Team and competing in F3 for the Signature squad that has returned to the category after three years away.

Born in Britain but racing under the Thai flag, Albon has stepped up to F3 after a three-year spell in Formula Renault 2.0 on the European mainland. His F3 debut was his first ever race at Silverstone, and his first in single-seaters anywhere in the UK.

Although he had enjoyed a strong initial pre-season test at Valencia, Albon was less happy with his speed after the single day’s running at Silverstone a few days before the event.

So as he explained to PaddockScout at the end of the race weekend, he was delighted to have shown such frontrunning pace, finishing fourth in the first encounter and sixth in races two and three.

“Then we arrived on Friday with a new setup and we kind of transformed the car. Straight away we went P5 in practice on Friday morning, and it just continued from there.”

Albon had qualified well, taking seventh on the grid for race one and fourth for the latter two races. Seventh became fourth in race one when the three drivers ahead of him were involved in contact. In races two and three he lost ground off the start but quickly showed his speed to recover positions.

“It was a really good weekend. Obviously [Felix] Rosenqvist had that extra step to everyone but apart from that, it was really good. I’m still learning – my starts were pretty bad for race two and race three – but it was good.” 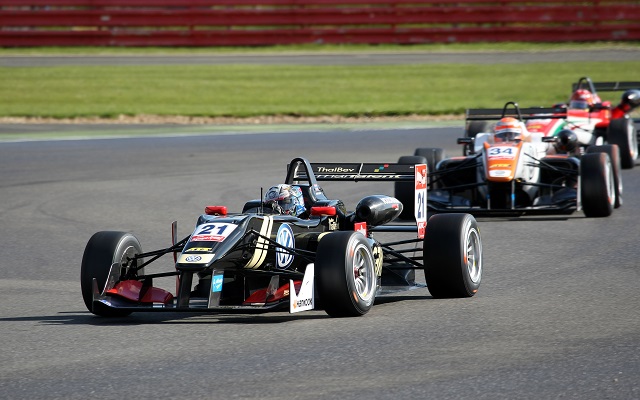 His unsatisfactory getaways aside, speed in the early parts of races appeared to be one of Albon’s strong points. In race three that enabled him to take fifth away from George Russell – who was conversely struggling with tyre temperatures? early on – only to lose it again towards the end.

“Yeah, I think it was maybe down to tyre pressures or something, but we definitely seemed to be able to capitalise on the others in the first three or four laps,” Albon explained.

“Then after that we seemed to quite struggle for pace, mainly on graining ? I?ve heard that this track?s really particular about that. My fronts started graining really bad and just lost touch with [Jake] Dennis and [Gustavo] Menezes.

“And then unfortunately with the safety car, we had a backmarker in the middle, he kind of slowed down to let me past but I had to wait for him to cross the safety car line and by that time, George had a mega run on me so I was pretty much a sitting duck.”

The French Signature team took Edoardo Mortara to the European F3 title in 2010, but having been away from the category until late last year and embarking on 2015 with an all-rookie driver pairing against the might of Prema and Carlin, Albon’s results at Silverstone were probably exceeded expectations of the team.

“I?d say even though it is Signature, they are a new team in the way that the engineers, everyone?s new.

Albon enjoyed much success in his karting days, being a European junior champion and World Cup winner, as well as finishing runner-up to Nyck de Vries in the World Karting Championship in his final year before moving up to single-seaters.

He did so as a Red Bull Junior Team member but his first year in FR2.0 was difficult. He was a sole driver for most of the season with an EPIC Racing team that was on its last legs, and so Albon considers that his second campaign – now under the wing of Lotus and racing for KTR – was actually his learning year in the category.

“I?d say in two-litres, obviously it was tough in the first two years,” Albon explains.

“Really, I?d say the second year for me was almost a learning year ? the first year was just by myself in a team.”

In his third FR2.0 season, in 2014, he showed strong consistency in the very competitive Eurocup. Points in 12 of the 14 races (a record bettered only by champion de Vries) and a total of six top-four finishes gave him third overall in the final standings.

And while he might not be grabbing the headlines just yet, Albon’s Silverstone form certainly makes him one of the drivers to watch from the large crop of rookies on the F3 grid.

“Coming into F3, I guess that?s a good habit to have, particularly with three races in a weekend. And I think it showed today, we got a fourth and two sixths.

“Obviously we?d like to be consistently on the podium, but I think that?s for the future.” 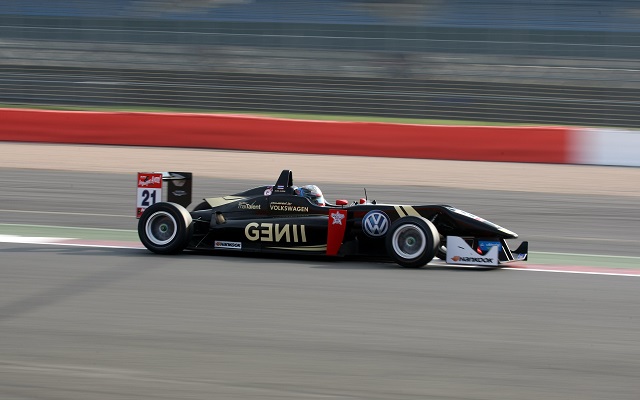