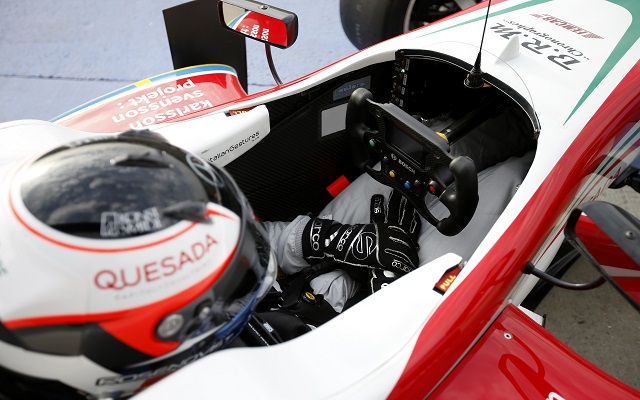 Felix Rosenqvist continued his strong qualifying form in the FIA Formula 3 European Championship by taking pole for the first race of the weekend at Spa-Francorchamps.

The practice pace-setter had a low-key start to the session, lying down in 28th with eight minutes remaining, but came on strong towards the end.

Rookies Callum Ilott and then Pietro Fittipaldi led the standings until the final couple of minutes, when Rosenqvist set session-best times in sectors two and three to storm to top spot.

Prema team-mate Jake Dennis moved up to second place and then halved his deficit to Rosenqvist on his final attempt, but still finished up nearly a quarter of a second adrift.

Rosenqvist has now taken pole for the opening race at four rounds out of five so far this season, and will aim to complete his fourth qualifying lock-out in second qualifying later on Friday.

Rosenqvist’s title rivals Antonio Giovinazzi and Charles Leclerc were also quiet until the closing stages, when the climbed up to third and sixth respectively, with Carlin driver Giovinazzi half a second behind the top Prema pair.

Red Bull Junior Ilott was bumped down to ninth behind Alex Albon and Santino Ferrucci, and ahead of Markus Pommer.