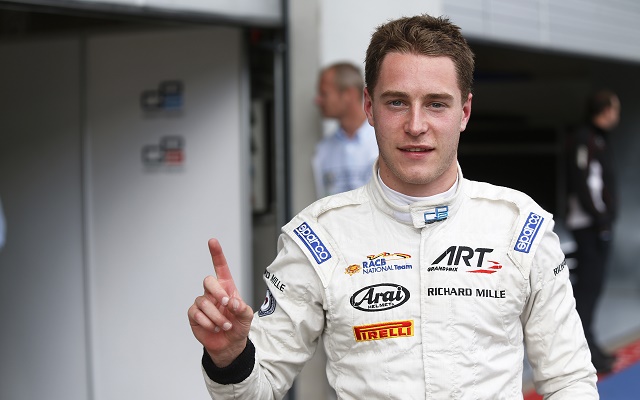 Belgian racer Stoffel Vandoorne became the GP2 series’ all-time leader in the number of poles secured in qualifying, beating the championship’s field for the seventh time at Spielberg.

It took the points leader just 15 rounds to take previous record off Nelson Piquet and Giorgio Pantano, who had achieved that mark in 22 and 39 rounds respectively.

This time by, Vandoorne will be joined on front row by his teammate Nobuharu Matsushita, who had previously already qualified second to the Belgian for the Bahrain season opener.

Practice pacesetter Sergey Sirotkin looked a good shout to take his maiden pole in GP2 here as he led Vandoorne by just 0.01s after the first round of laps.

And the Russian did improve as the session resumed, only for Vandoorne to go two tenths better, which would prove good enough for pole.

With Sirotkin unable to improve with his final laps, Matushita moved past, as did Pierre Gasly, the Frenchman clinching third on the local track of his benefactors Red Bull after grinding to a halt in practice.

British rookies Nick Yelloly and Jordan King will make up row four, ahead of Arthur Pic and Alex Lynn.

24 cars all fit within two seconds, while the 25th driver in the timesheets – Zoel Amberg – did not set a time at all.

And while it is uncertain whether the Swiss driver can starfor Saturday’s race, what has been cleared up is that Sergio Canamasas will miss the round, having failed to reach an agreement with MP.

UPDATE: A three-place grid penalty for Jordan King for a sprint race incident at Monte Carlo will see him start 11th, behind Pic, Lynn and Evans.