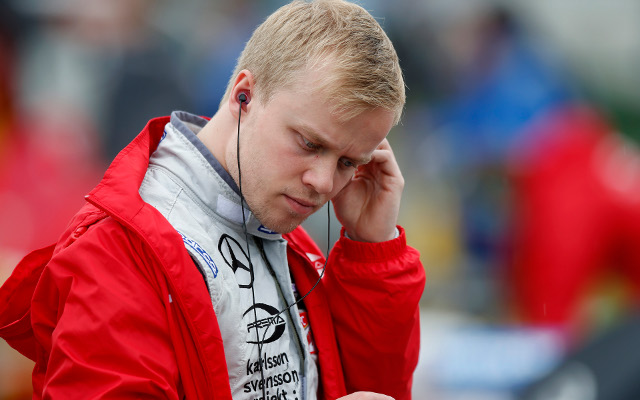 Felix Rosenqvist started at Spa-Francorchamps how he left off at Monza as he outpaced his FIA F3 European Championship title rivals to top practice in Belgium.

After track action was delayed by striking workers at the circuit, practice took the form of a one-hour session instead of the usual two 40-minute segments.

Monza treble winner Rosenqvist led for much of the session. When Charles Leclerc displaced him at the top of the times inside the final 10 minutes, the Swedish veteran was able to respond to finish up two tenths clear.

Antonio Giovinazzi – who leads Leclerc by 15.5 points and Rosenqvist by 22 – climbed above the Monegasque rookie and into second place before the end of the session.

Six tenths back in fourth was the last of the quartet fighting for the title, Jake Dennis. Pietro Fittipaldi was fifth, just one thousandth of a second faster than Sam MacLeod, who enjoyed a strong session.

Lance Stroll was also a factor near the top of the times before slipping to seventh, followed by Raoul Hyman, Mikkel Jensen and George Russell.