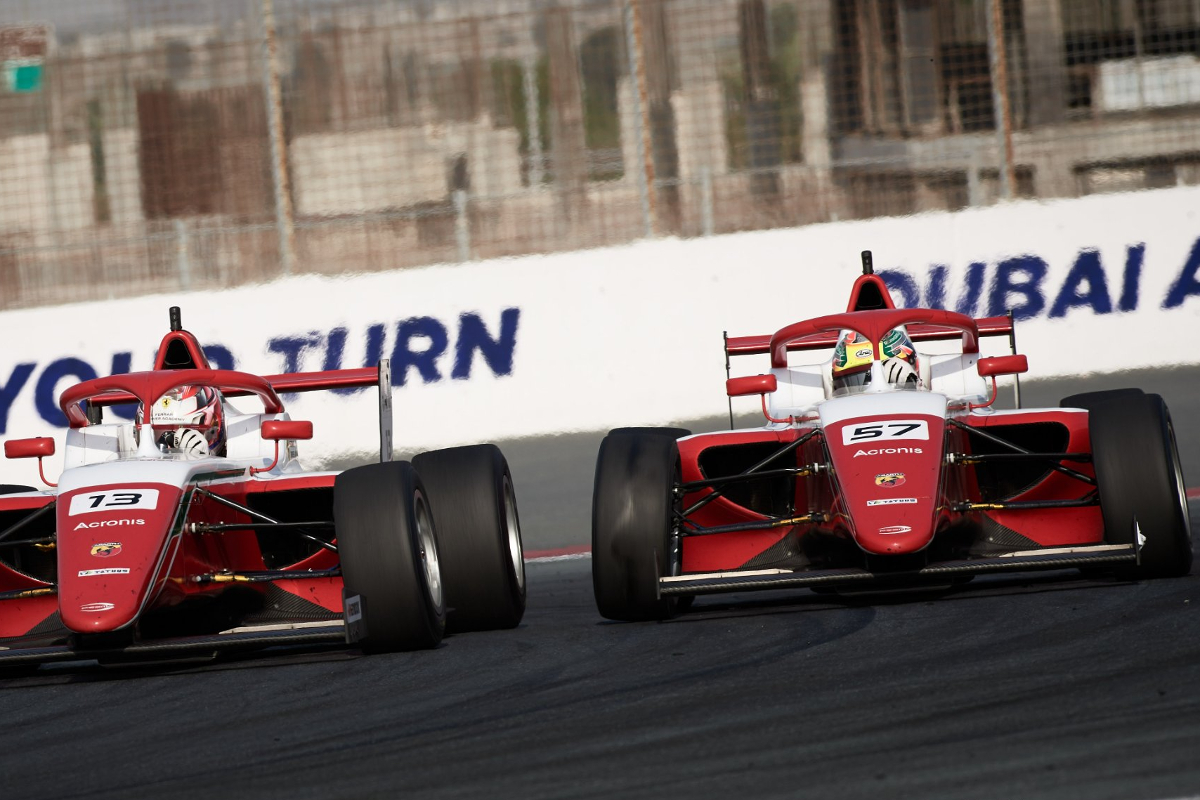 The drivers in Prema’s main team and Abu Dhabi Racing have fought almost non-stop on track over the first 12 races, and last December’s non-championship Formula 1 support race, since the new Tatuus T-421 car was introduced.

The season began with a photo finish between Andrea Kimi Antonelli, Neate and James Wharton in Abu Dhabi, then the latter two banged wheels on Dubai Autodrome’s International layout. On the Grand Prix layout he then battled with Rafael Camara.

“It feels very good to leave this weekend as championship leader,” Neate said to Formula Scout.

“We’ve had a lot of points taken away from us through penalties, despite all of them being issued prior to the race start. So it’s something I have to learn from, but nonetheless, to still come out on top after three rounds is an amazing feeling, and I can’t wait to carry that on.

“We all have a lot of respect for each other [at Prema], so it’s hard but mostly fair racing. One or two times it’s got a bit too close, but always difficult when you have people in and out of the cars for different weekends, as people have different reasons to try to win the races.”

Antonelli and Wharton are on part-time campaigns, while Camara joined a round late and last weekend made an aggressive move on Neate on the last lap of race three to take victory and keep his outside title hopes alive.

“We all try keep it as clean as we can to avoid any complications, however the team understand that we’re all there to race for ourselves as well,” Neate added.

“They have a really good and fair balance of allowing us to race, of course they don’t want our actions to take points away from both of us, but they let us race freely as long as the end result is clean.”

Remarkably that has been the case, with excessive tyre wear for Neate in the reversed grid race on Dubai’s International layout being the only time battling cost points.

The second-year F4 racer currently leads Prema’s Charlie Wurz by a point, but with four second places and three thirds has yet to actually win a race.

“The first win is close, there’s little things that need to be fine tuned, but for sure it will come. I’m confident going into next weekend we’ll be fighting at the front as we have been the whole championship so far.”

The next round is on Dubai’s longer GP layout, which was also used last weekend.

“The longer and more high-speed track definitely made it a lot more challenging,” Neate explained.

“To keep the rears intact through the first sector is difficult, but the team do an amazing job of giving us a mega car to help us with this.”