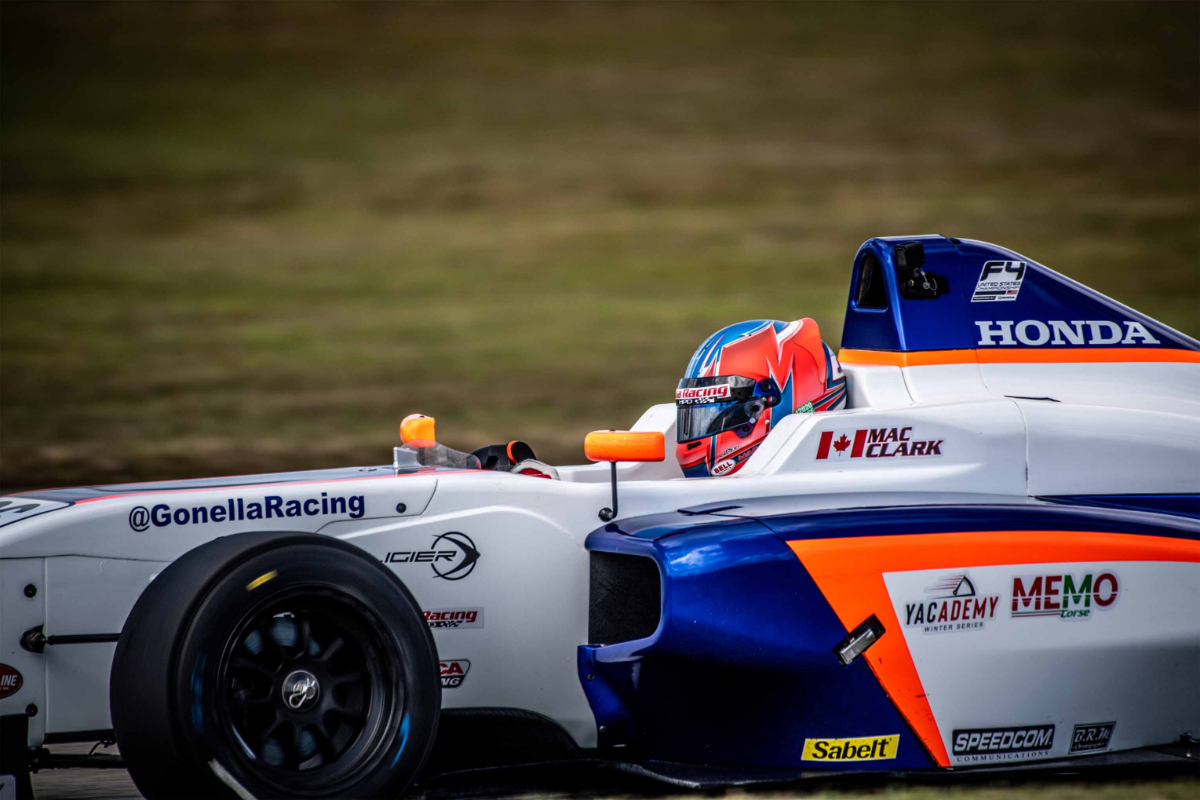 The new championship is one of several adopting first-generation F4 machinery in the United States this year and is part of the Road to Indy although much of its calendar actually supports non-IndyCar events.

James Hinchcliffe protege Clark will drive for DEForce Racing, the team that ran last year’s US F4 and USF2000 champions.

“I am super excited to be joining DEForce Racing,” said Clark. “Being a championship team, they have the tools needed for me to make strides both on, and off the race track. We are 100% focused on taking home the USF Juniors championship.”

There are now seven confirmed drivers for USF Juniors inaugural season, with International Motorsport and Velocity Racing Development both having signed three drivers each.

Over in US F4 there has also been two additions to the grid, with Alex Berg joining Doran-Kroll Competition.

Berg, the 15-year-old son of Canadian former Formula 1 driver and Mexican Formula 2 champion Allen Berg, raced in the USA’s Mazda MX-5 Challenge Cup in 2021 and came 33rd in the standings.

Gonella Racing has retained Mexican youngster Arturo Flores after he was team-mate to Clark last season. Like Berg, Flores moved from junior karting to car racing at the start of last year and one top-five result put him 22nd in the points table.

The 2022 Formula Regional Americas and US F4 seasons begin with a non-championship event at Road Atlanta on March 24-27. The next two F4 champions will will receive $25,000 each plus a free engine if they step up to FRegional Americas.