Home Featured Dunne: “I was slightly worried when I saw I was the only one on the grid”
NewsUAE F4 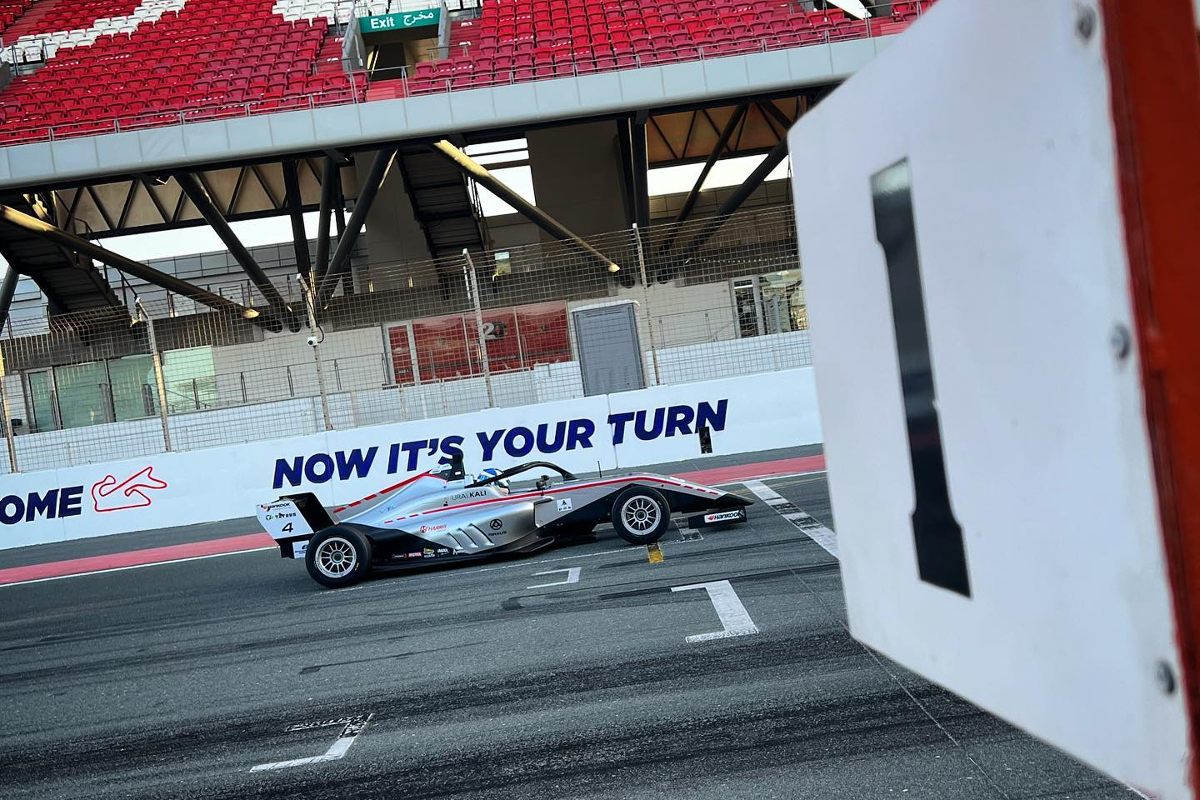 Hitech GP driver Alex Dunne has shared some insight into the unusual scenes that led to his first win in Formula 4 United Arab Emirates last weekend at Dubai Autodrome.

The partially reversed-grid race that concluded round three of the season began with 3Y Technology by R-ace GP’s Martinius Stenshorne romping into the lead from fourth on the grid, but Dunne came through to lead by the end of the lap.

On lap two, red flags waved as three drivers tangled and two of the cars involved ended up stuck on track requiring recovery. All had to head to the grid as the race had gone straight to red, but only Dunne did and the 28 behind went in the pits instead.

“I knew that I had to go to the start finish line as that is the normal procedure after a red flag,” Dunne told Formula Scout. “I was slightly worried when I saw that I was the only one on the grid, but once everything was clarified it was all good!”

During the red flag stoppage, Dunne sat alone at the front of the grid – in a visually similar style to how Lewis Hamilton was the only driver on track at a restart in the 2021 Hungarian Grand Prix – while summons were sent by the stewards to all of his rivals for breaching the regulations surrounding the red flag procedure.

When the race did restart there were five-second penalties handed out to every single one of the 28 drivers behind Dunne, and a two-lap safety car period was required for everyone to get into the order they would have taken on the grid.

That meant Dunne had to finish within 5s of the on-track winner were he to be overtaken, and his main rival was Abu Dhabi Racing by Prema’s Andrea Kimi Antonelli who had been the first culprit for going to the pitlane and who everyone else followed.

“At the restart myself and Kimi pulled a gap, and rather than fighting with him when he tried to pass, I just slotted in behind and made sure I stayed with him until the end,” added Dunne, explaining how his unusual first win was claimed.

In the end he finished 3.641s behind Mercedes-AMG Formula 1 junior Antonelli, more than enough for victory, and is now eighth in the standings ahead of the final two rounds over the next two weekends.

Dunne’s goal is “to be competitive, and keep working with the new team and car to get the best results possible” now his first F4 win is in the bag, and “should have an announcement after F4 UAE for the rest of my 2022 plans”.