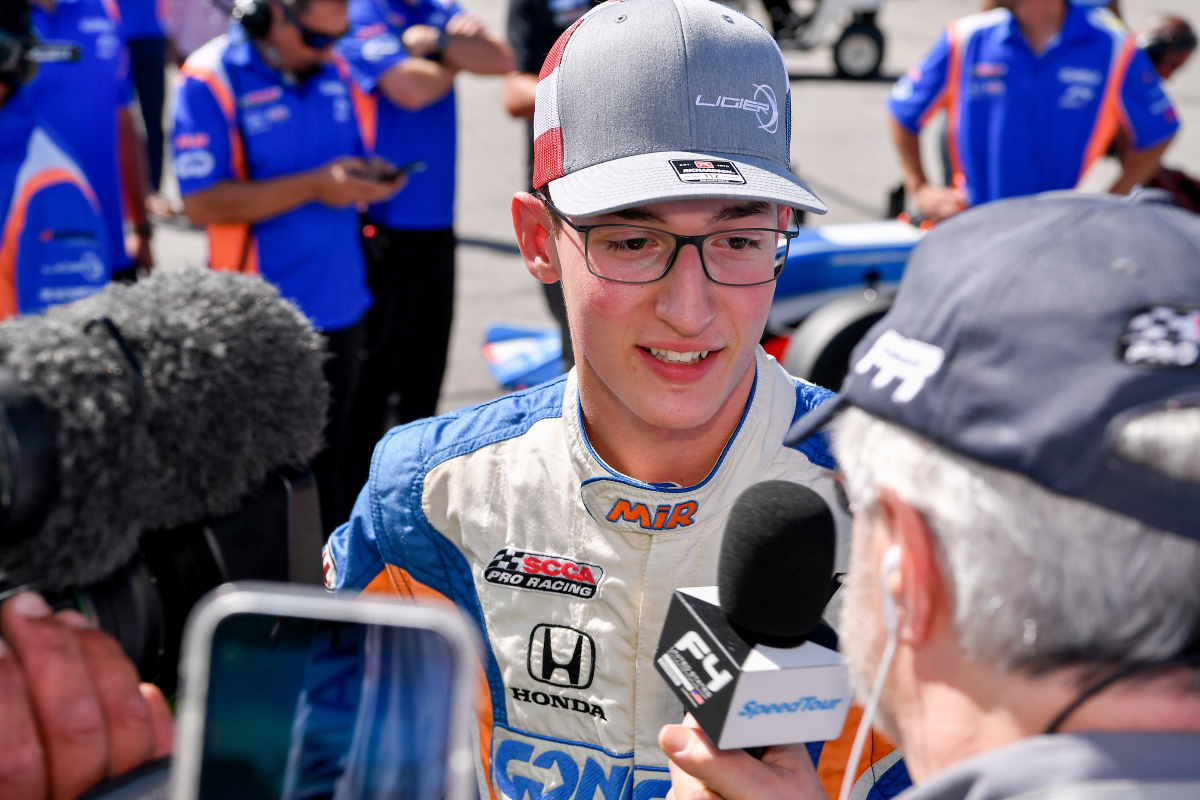 Mac Clark will contest a dual racing programme this year as he joins Future Star Racing in Formula Regional Americas in addition to racing in USF Juniors.

The 17-year-old came second in United States Formula 4 last year, and earlier this week it was confirmed he would race an identical Crawford F4-16 car in the Road to Indy’s new USF Juniors series for DEForce Racing.

That team is a client of Speed Group Management, which supports Clark’s career and provides coaching via fellow Canadian and recent IndyCar star James Hinchcliffe. Future Star Racing was created in 2020 and moved into FRegional and F4 in 2021.

“Cannot wait to get started with Future Star Racing, they are a great group and I’m ready to start the season strong,” said Clark.

“I thank [team founders] Mark and Alora McAlister with my whole heart for this incredible opportunity. I won’t let them down.

“I’m grateful to be working with Al Unser Jr and Future Star Racing, we are hungry for that championship.”

Unser, a two-time IndyCar champion and Future Star Racing’s director of competition, has been instrumental in bringing Clark up to FRegional for 2022 with the youngster racing in wingless F1600 cars just two years ago.

“We have had our eye on Mac Clark for quite some time now, we tested him in our FRegional car last year and he did a phenomenal job,” he said. “We are very excited that Mac has joined the Future Star Racing Team because he truly is a future star.”