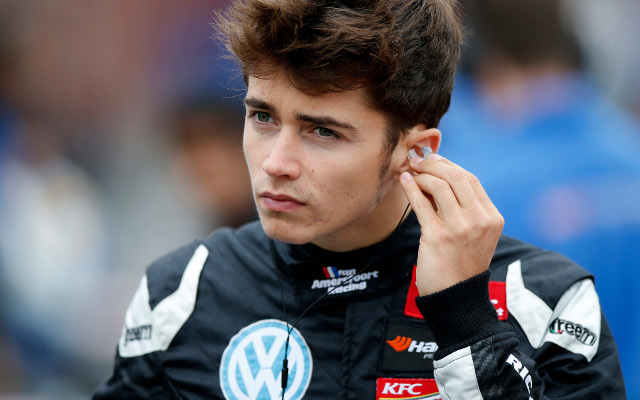 FIA F3 European Championship leader Charles Leclerc set the quickest time from the free practice sessions ahead of the sixth round of the season at the Norisring.

With the 32-car field divided into two groups at the Nuremberg street circuit, Leclerc topped his group in both sessions.

His nearest rival Jake Dennis led the other group in the first on-track action with a time of 49.351 seconds. Maximilian Gunther was second, 0.017s off, and Alessio Lorandi was third, within 0.023s of the pace.

Leclerc then set the pace in the second group (composed of all the odd-numbered drivers plus Matt Rao) with a time of 49.078s. Title contenders Felix Rosenqvist and Antonio Giovinazzi were both within a tenth of him.

Dorian Boccolacci topped the third session despite triggering a red flag just after he set a time of 48.916s.

Leclerc – driving the car that won all three races at the Norisring last year in the hands of Max Verstappen – then set the best time of practice in the final segment with a 48.704s. Alex Albon was 0.053s slower in second, with Giovinazzi and Rosenqvist rounding out the top four.