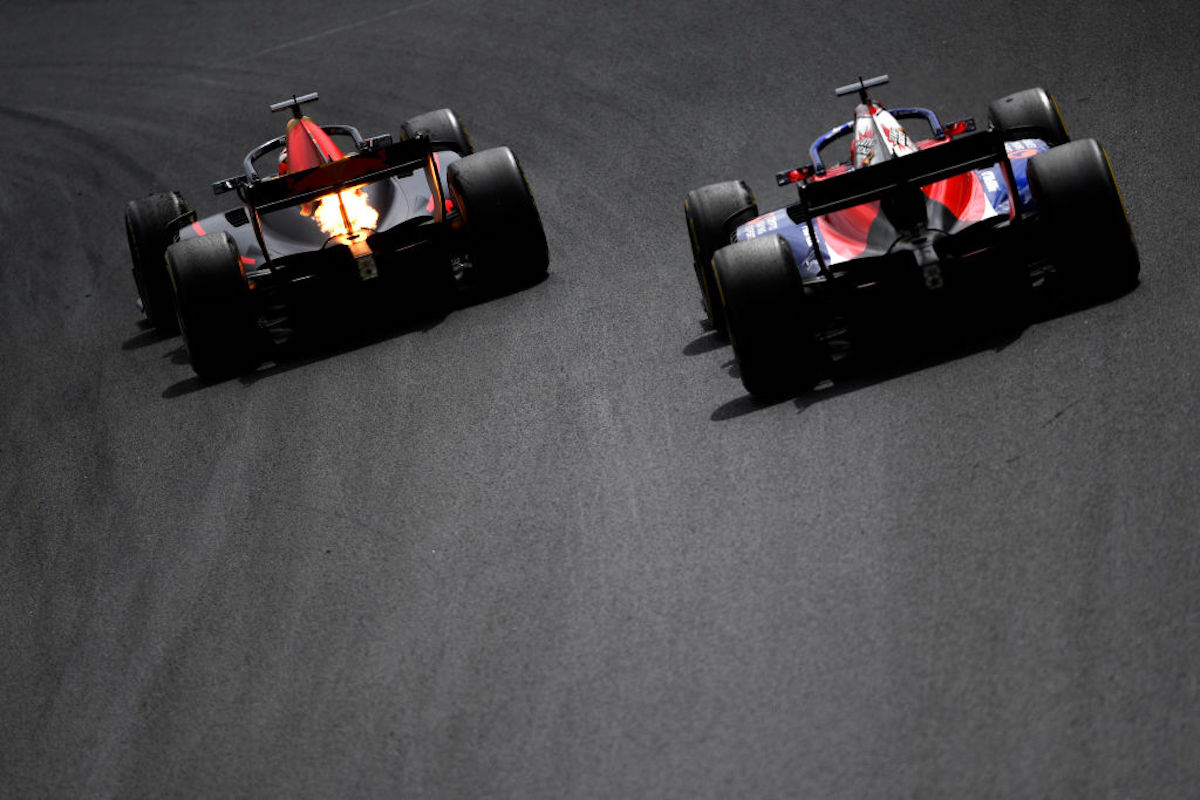 Formula 2 is set to introduce a new engine in 2024 which will run on a 55% mix sustainable fuel, and keep its current grid size of 11 teams.

An invitation to tender for a three-year contract to supply engines to the championship has been put out by the FIA, with the possibility of the selected engine builder having their design used through to 2029 with a 100% sustainable fuel mix.

French manufacturer Mecachrome’s turbocharged 3.4-litre V6 engine, which has a maximum power output of 620bhp and is limited to 8750rpm, has been used in F2 since 2018, when the current halo-shod chassis was also introduced.

Reliability issues have persisted with the current engine and its turbocharger since its introduction, with one driver this year already on their eighth engine of the season, and the FIA has laid out that the series’ next engine must have a lifespan of 10,000 kilometres. It will also be more powerful at 630bhp.

The adoption of sustainable fuel compatibility is part of the FIA’s sustainability vision, and Formula 1 will have its first facility operational next year for producing fuel in a large enough quantity to be used by support series F2.

Interested engine builders need to be able to run their designs on a 55% mix sustainable fuel for the duration of the three-year contract, and the FIA and F2 promoter Formula Motorsport Limited intend that if that contract is renewed into the 2027, ’28 and ’29 seasons then by the end of that a 100% sustainable fuel will be in use in the series.

Formula Motorsport Limited has also stipulated that the engine contract will be for 22 units from the start of 2024, which counters suggestions that the series had been interested in adding a 12th team licence in the coming season as a new entry for 2023 would then have to leave the grid the next year.

The deadline for submissions is September 2, and the FIA wants bidders to prove they are capable of obtaining a two-star FIA Environmental Accreditation certificate through both their engine design but also the sustainability of their operations.

The invitation to tender does not state when a new F2 chassis could also be introduced, but the new engines would have to be able to fit in F2’s current development car. F2’s CEO Bruno Michel recently outlined his plan for how a new car would be introduced.

Hybrid compatibility is also not detailed in the published document, but it is understood that following Formula 4 and Formula Regional’s capacity to add hybrid components within their Gen2 chassis, there is the intention that FIA Formula 3 and F2 will do the same with their next generation of cars even if no hybrid units are ever actually added.