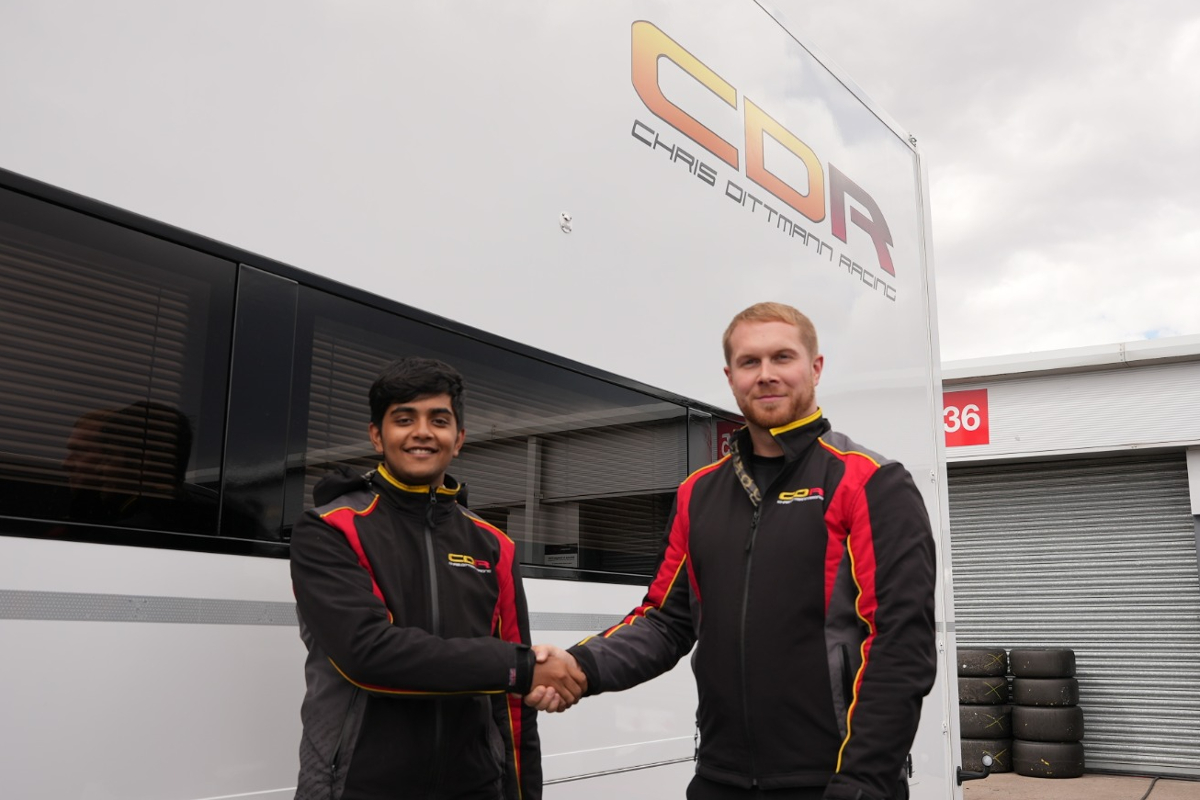 Divy Nandan will join Chris Dittmann Racing’s British Formula 4 line-up for the remainder of this season.

The 19-year-old Indian, who has come through former Formula 1 driver Narian Karthikeyan’s racing academy, will make his championship debut at Snetterton this weekend. Friday’s free practice sessions will mark his first time in the Tatuus T-421 car.

Alongside karting, Nandan moved into car racing last year via touring cars. At the end of 2021 he switched to single-seaters, and has been racing in MRF F1600 this year in addition to testing the more powerful MRF Challenge car.

“I wanted to join a team which focuses on driver development, not lap times, as I am here to develop myself behind the wheel,” said Nandan.

“CDR has been really good with Joel [Pearson] this year, and they have been working hard to help me progress to become a better driver.

“I’ve been doing sessions on the team’s simulator to help familiarise myself before I get to the race track, because there is a good relationship between both the car and the simulator, so the techniques are quite similar.

“It has been nice to use a top-quality simulator to understand how to drive the circuit when you get there. The environment is quite jolly, but they are keen to help drivers learn, progress, and become competitive on track.”

CDR team principal Chris Dittmann added: “We had some contact from Divy’s manager recently as he wants to get a taste of the new F4 car and has liked what we have done with Joel so far this year. We put together a proposal for some testing and a few rounds of the season and we’re really excited to work with him and help him progress as a driver.

“It will be a big step for him in the two rounds he will do, jumping in at this late stage of the season, but he’s keen to learn and see how things go at the end of it. Our focus is on making Divy as comfortable as we can behind the wheel so he can gain a better understanding of how the car works and performs.”

Pearson is set to return to CDR’s British F4 line-up at Snetterton after missing the most recent round at Knockhill through injury.

Japanese F4 reveals Gen2 design to be introduced in 2024