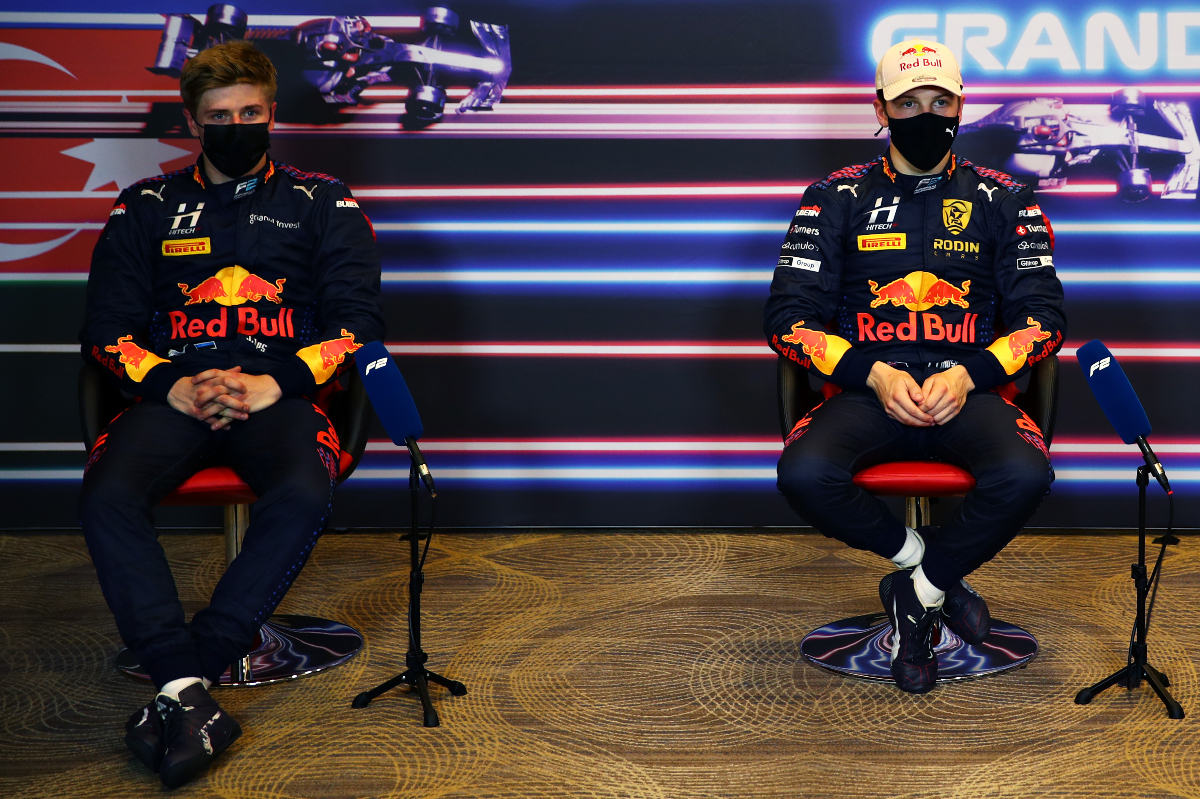 The two Red Bull juniors filled the top two spots in qualifying, after Vips had been fastest by 0.766 seconds in free practice. Lawson was 11th in that session, 1.650s off the pace.

Speaking in the post-qualifying press conference, Lawson talked about the drastic climb in performance between sessions.

“To have it [pole] outright on track is pretty cool, especially considering where we were this morning after free practice,” he said.

“Juri did a mega lap, so I have him to thank for his data, and I had a lot to work on, so I focused on all the main points we needed to work on. I think the whole qualifying session we were strong, both cars always in the top five.”

Lawson explained how his pace not only improved before qualifying, but also during it.

“Every lap, sort of getting more and more comfortable with the track. The car is getting lighter as well, and the track is getting a little bit better.

“The first lap on the second run was obviously quite good, but I knew there was a little bit of margin left so I basically just pushed a little bit harder, especially through that castle section. It was just a little bit more on the limit.”

Vips added that the result “gives a lot of encouragement for the rest of the year that the pace is there” after believing he was unable to show set-up gains that had been made for the previous round in Monaco.

“Fair play to Liam. I made a bit of a mistake on my fastest lap, but the rest of it was pretty good,” said Vips.

“I crossed the line and thought it was enough, so fair play to him for putting a good lap together.”

When asked by Formula Scout to go into further details about his lap for second place, Vips said that his tyres were already going away by the second flying lap of his final qualifying run.

“On the first lap, which was the fastest, I made a bit of a mistake in turns 5/6, so I think that explains why the middle sector wasn’t great, but the rest of the lap was really good.

“Then I fixed that on the second lap, but the tyres just really weren’t there. So, I mean I would still keep pushing but it would just look more lively and animated because there isn’t the same grip and the rear tyres are worse than the first lap.”