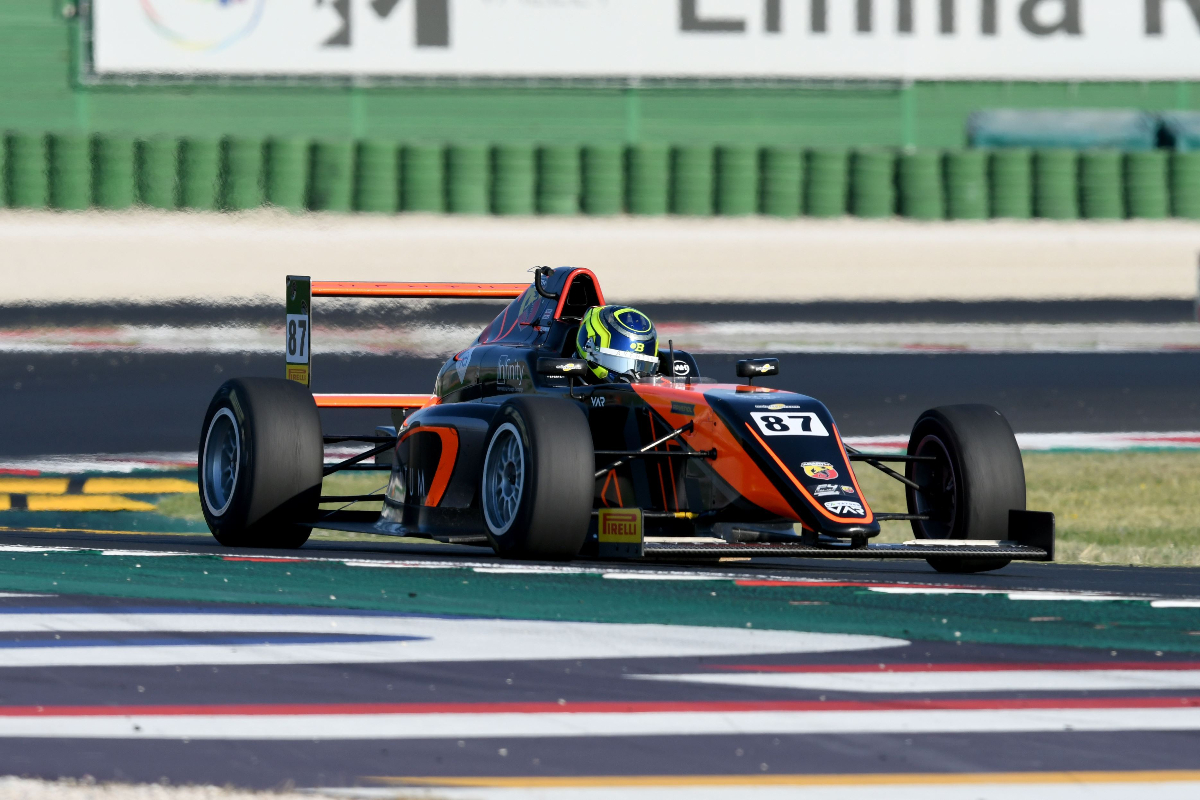 Kirill Smal and Oliver Bearman topped qualifying for the second Italian Formula 4 round of the season at Misano.

Prema’s Smal was quickest in the first session, earning pole for the opening race of the weekend.

Van Amersfoort Racing’s Bearman lowered the benchmark in the second session as he became the first driver to set a sub-1m34s lap in the closing stages, putting him on pole for race two.

Sebastian Montoya set the pace early in the first qualifying session, but laptimes rapidly tumbled and he was bumped down the order. Leonardo Fornaroli was briefly able to go fastest, only for Smal to knock him back to second with a time two tenths of a second quicker.

Fornaroli improved on his final lap of the session, getting within a hundredth of a second of Smal’s quickest time, but it wasn’t enough to snatch pole. The Iron Lynx driver also came second in Q2.

Fornaroli set the pace early on then before Prema duo Smal and Montoya jumped up the order. He briefly reclaimed the top spot before a series of flying laps from Bearman dropped him back to second again.

Bearman, who could only manage fourth in the first qualifying session, first went quickest with a 1m34.164s time. He then improved with his final lap of the day with a 1m33.995s, enough to put him 0.182s clear of Fornaroli and almost three tenths of a second ahead of Montoya in third.

The earlier time was also enough to put him on pole for race three, where the grid is based on second-fastest times, with Fornaroli once again lining up alongside him.

Smal ended the session fourth ahead of Sami Meguetounif and Victor Bernier.

Hamda Al Qubaisi had her most convincing qualifying run of her Italian F4 carerr, picking up fifth, seventh and sixth starting spots for this weekend’s races.