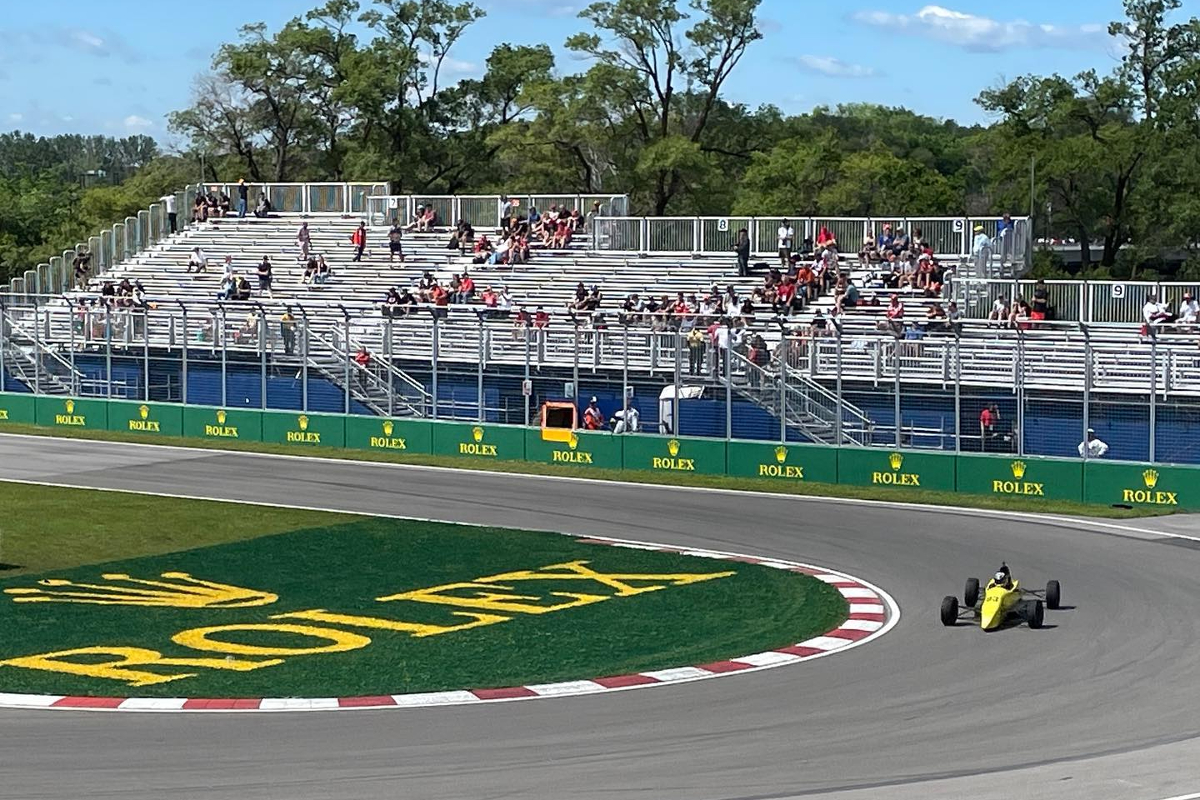 Team Pelfrey with Britain West Motorsport was the dominant force through the weekend, and it was Tyler O’Connor who set the pace in qualifying by 0.389 seconds ahead of team-mate Jake Cowden.

F1600 veteran Didier Schraenen, who has raced in Montreal since 1988, used his experience to qualify third while Pelfrey’s Connor Clubine and Dexter Czuba rounded out the top five in the 25-car grid.

Race one had similar names at the top, but the result was decided off-track after the race was halved in distance.

It began with Cowden overtaking O’Connor into the opening corner, and holding the lead until lap three when the safety car was called out as Oliver Dulac retired. Despite the action being neutralised, this was when the race started to get crazy.

“The safety car came out while I was leading, and my car died three or four times under the safety car,” Cowden explained to Formula Scout.

“It came back on its own twice, then it fully stalled. I had to pull over to get my car restarted. I got my car fired up and I was down in eighth. I ended up taking my spot back under the safety car, as I wasn’t sure about the technicalities while I was on track. My car ended up dying once more when a red flag came out, but I got it restarted again. The race ended under the red flag, and I won on track. But I ended up getting penalised 28 seconds for regaining my position under the safety car.”

A faulty kill switch was the cause of the woe for Cowden, who had managed to hold off O’Connor at the restart. It was Connor who inherited the win, while Cowden was classified 18th.

Being first into the opening corner seemed to be a curse again as Trahan’s gearbox sent him into retirement while the Pelfrey drivers had a thrilling fight for victory.

Front row man Cowden passed Trahan on lap one and led until O’Connor got by on lap nine. Their battle was decided at the chequered flag, as Cowden came out of O’Connor’s slipstream and pipped him to victory in a photo finish.

FREC’s Hadrien David: ‘Without Alpine I would not be here’