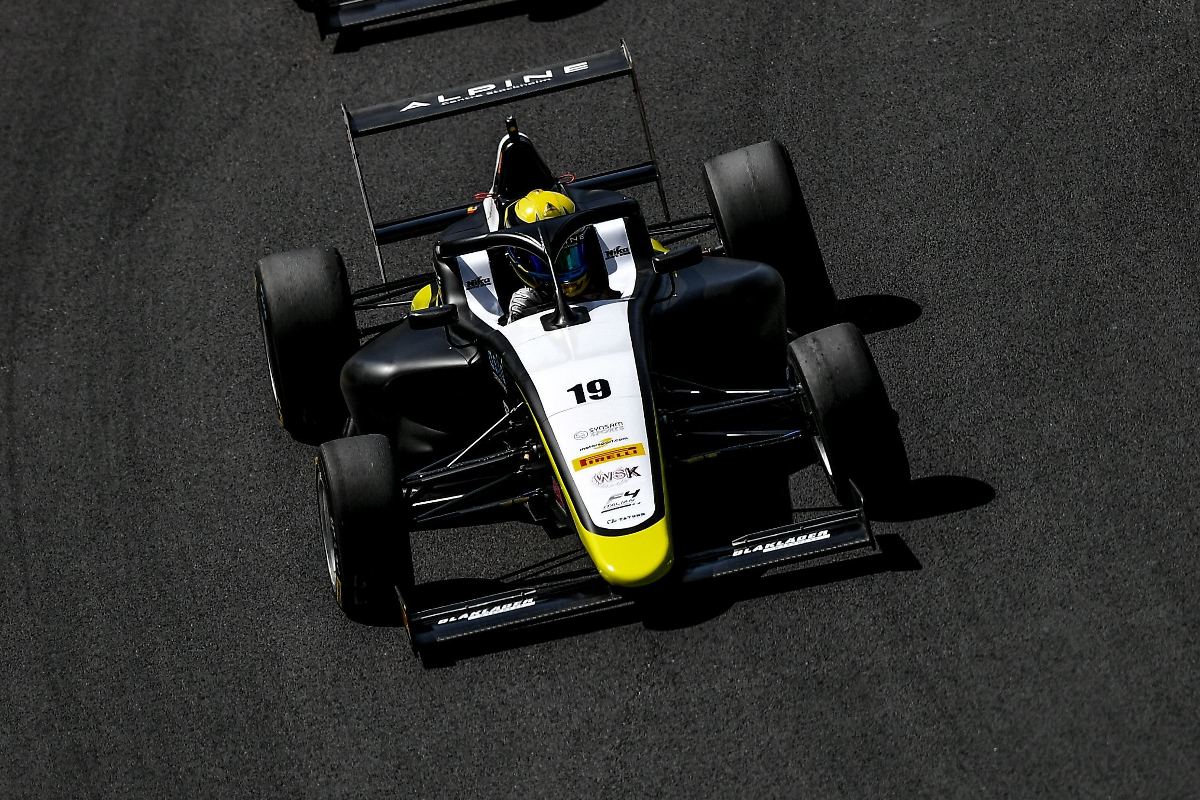 Formula Nordic champion William Karlsson is spending 2022 competing on a round-by-round basis with BVM Racing in Italian Formula 4 while his ACCR F4 programme sits in limbo.

Karlsson was one of few drivers to sign up to the new ACCR series in central and eastern Europe, and the lack of interest plus the waiting list to recieve Tatuus T-421 cars meant the inaugural races of the series have now been pushed back to July.

There was already a plan for Karlsson to do some Italian F4 running with Jenzer Motorsport, but a last-minute deal earlier this month meant he instead debuted in the championship with BVM at Misano, and also joined the team at Spa-Francorchamps.

“We actually don’t know, but for sure I will be at Vallelunga,” Karlsson said when Formula Scout asked at Spa if he was likely to do the rest of the Italian F4 season with BVM.

“And then we will take it from there. Because the ACCR F4 hasn’t started yet. I think the start will be in Croatia, so we will do Vallelunga and then we will see.”

ACCR F4 is currently scheduled to begin with its own round at Vallelunga on July 8-10, the week after Italian F4 visits, with the Croatian round at the Grobnik circuit taking place on July 22-23.

“I think we will do the Italian alongside [once ACCR begins], but we will see. We are working on it. It was quite a late decision [to do Italian F4]. We missed the first round at Imola. So the first time was in Misano.”

Karlsson retired on his F4 debut and followed that up with a 24th and a 16th at Misano. It was similar form at Spa, where he finished 23rd, 24th and 18th in the three races. But he says he’s “happy, actually” about his progress so far.

“Because I haven’t tested so much,” he explained. “Misano it was the second time, and this is the third time now of sitting in this car. So the target is like top 10. Because it’s a tough championship, there’s really great drivers here.”

Elsewhere in the paddock, US Racing told Formula Scout it will not be headed to this weekend’s ADAC F4 round at Zandvoort, while Prema does plan to attend.