Home Featured FREC’s Hadrien David: ‘Without Alpine I would not be here’
FRegional European ChampionshipNews

FREC’s Hadrien David: ‘Without Alpine I would not be here’ 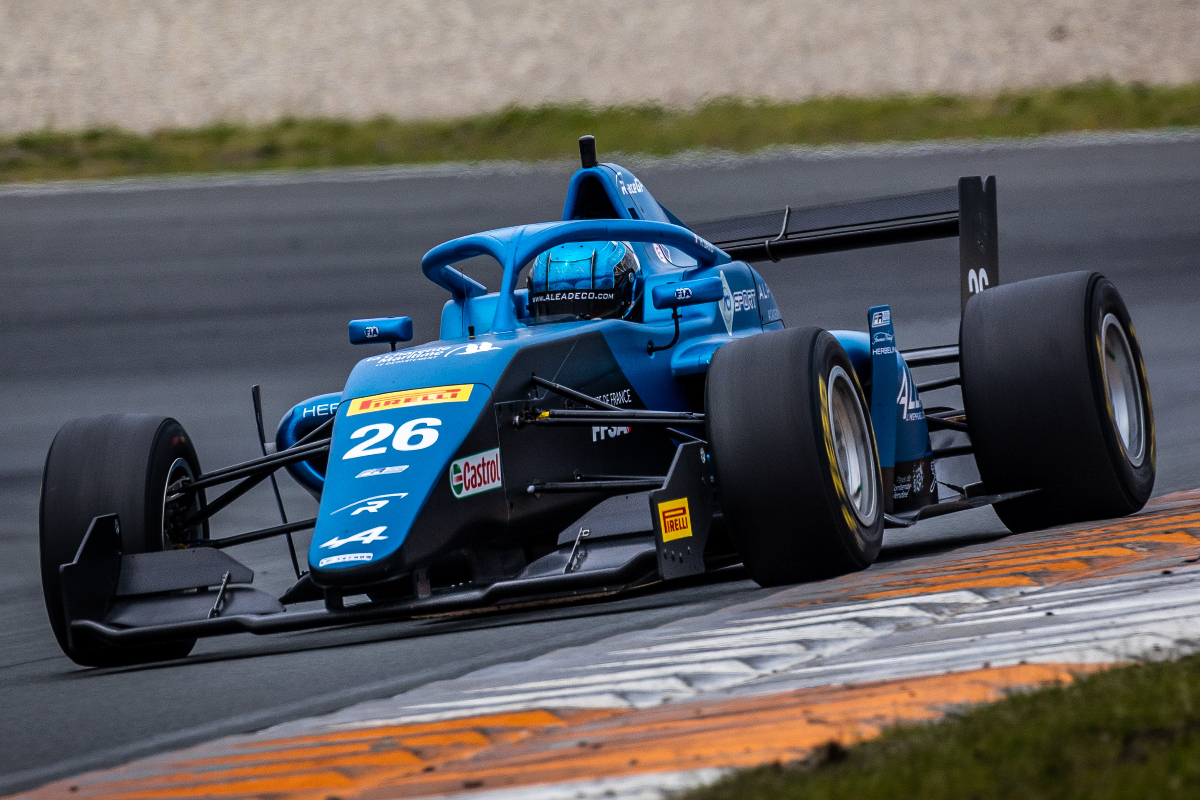 Hadrien David is enjoying being an Alpine Academy affiliate after being dropped by its predecessor, the Renault Sport Academy, and has moved his attention to his 2023 relationship with Alpine.

Alpine replaced its sister brand in F1 last year via a team rebranding, and so its young driver development programme was also renamed. This year it transitioned to a new management, but not before David joined as an affiliate – the highest level of support for drivers below FIA Formula 3.

Talking to Formula Scout at FREC’s Zandvoort round, David enthused about his Alpine support.

“I love this team, it’s a French team, I’m French – Alpine and Renault are famous in all of France. I am just so proud to represent them, and I think we can achieve many things together starting from the Monaco Grand Prix this year,” he said.

David wants to follow Alpine junior Oscar Piastri, who won FRegional, F3 and Formula 2 titles. But missing out on the 2021 FREC title with R-ace GP, and not having budget for FIA F3, meant David stayed with R-ace for 2022.

The search for funding continues but “Alpine helped me quite a lot to race this year”, and David also commented that his support has “changed a bit”.

“I am now part of the Academy,” he explained. “To be honest, even myself I don’t really know it. It’s exactly the same. I’m not focused on this. What’s important is just to perform well and hopefully we can go to FIA F3 together.”

Formula Scout contacted Alpine and understands that David is still an affiliate, although under its new management it may be that FRegional drivers will be eligible for F1 junior status.

“Without them I would not be able to be here. Hopefully they will continue to support me for the future season, and we can win races and championships together,” David added.

Results dictated David’s place at Renault, but he does not think his FREC placing impacts his Alpine relationship as he is currently fourth in the standings.

“To be honest, I don’t look at the championship at all. I think finishing P3 or P5 in FREC this year will not change anything in my future life.

“At the moment it’s not important. What is important is just to show what I can do – if the maximum I can do is P2, considering Prema is one step ahead, then I need to do it and show my potential. The championship will not change anything on my future. I already finished vice-champion in FREC last year and it didn’t help me to go higher, so…” he shrugs.

David’s sole win of 2022 so far came in Monaco, where he joined Alpine’s F1 garage through the race weekend. He will do the same at the British Grand Prix, with more integration in the engineering environment.