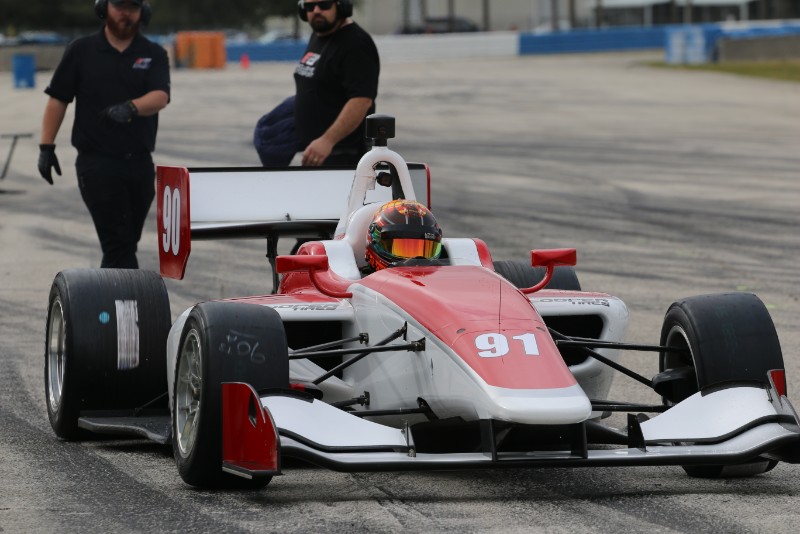 The 29-year-old, who has two podiums from three seasons in Indy Pro 2000, shook down the team’s sole Dallara IL-15 chassis earlier this month in the post-season Sebring test.

He was seventh fastest in the nine-car field, just 0.804s off the pace after two days in the car, and will now race the team’s #90 for a second year in a row after fielding the number in IP2000.

?I am extremely happy to be able to work things out and make the step up to Indy Lights,? said Lastochkin.

?It is a humbling experience every time I get in the car, since I could not imagine how I was going to make it this far a few years ago.

“?Where there’s a will there’s a way? is what they say, and my plan is to just keep working hard and see how far we can take it.

“Exclusive Autosport is going to be my home on the Road To Indy for the second year and I am confident we are going to be able to make it a great debut in the new series.”

The team won two IP2000 races this year with Singaporean Danial Frost, who tested for Andretti Autosport in the Indy Lights test, and was a title contender in IP2000 and USF2000 with Parker Thompson in the two years previous.

“Michael and Kimberly Duncalfe have been amazing in building a team that I am happy to be a part of.

“Our first test at Sebring went well, we have a great group of people together for the Lights program and I am very excited for my first Indy Lights start in St. Pete.?

Lastochkin is the second confirmed entry for the 2020 Indy Lights season, with HMD Motorsports having re-signed David Malukas.