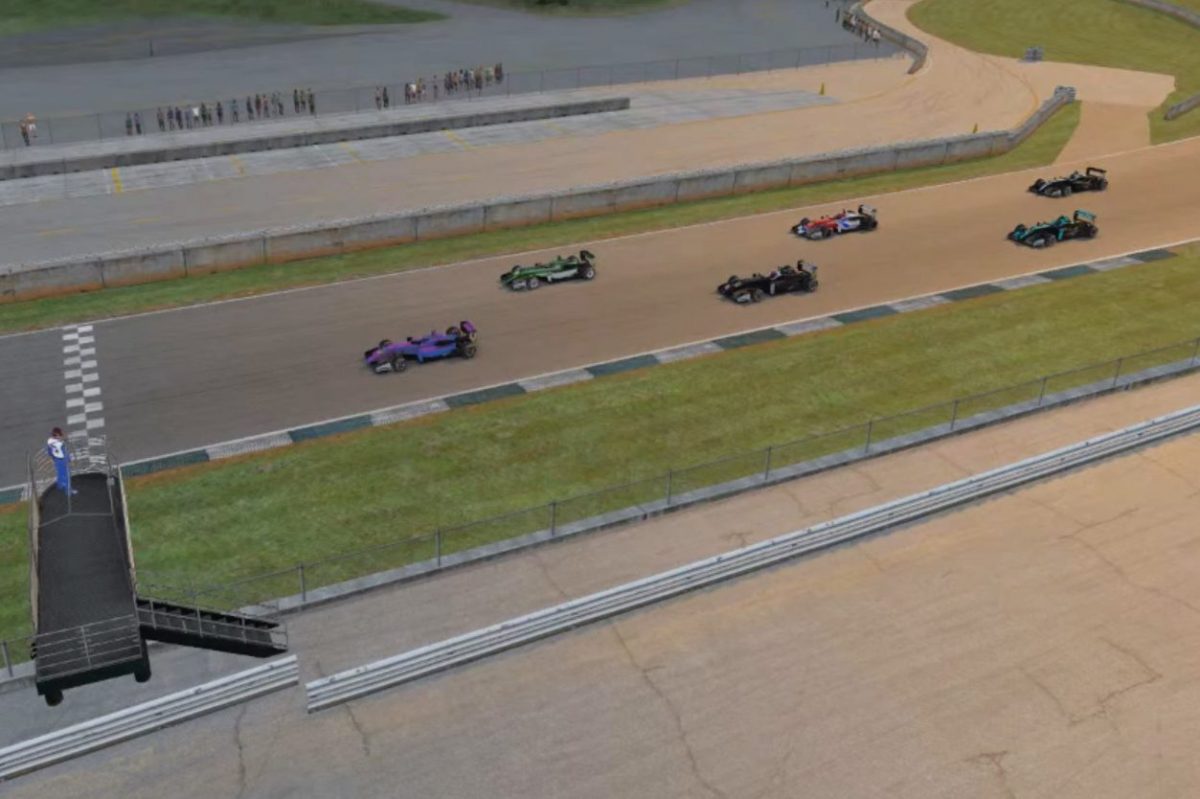 The iRacing-based Formula Regional Americas iRacing Invitational Championship got underway on Wednesday evening, with the first ever race won by Ben Waddell.

The seven-race series is a substitute for on-track action while racing is put on hold during the global COVID-19 pandemic.

IMSA regular and ex-United States Formula 4 racer Waddell took success at Road Atlanta despite a pitstop on the last lap to refuel.

A number of guest drivers ? including Waddell and former Indycar racing star A. J. Allmendinger ? participated in the event, which featured the Dallara F312 chassis in action during a 20-minute practice session, followed swiftly by a 15-minute qualifying session and a 35-minute race.

The second row starters made the jump on Cangialosi at the start, with Waddell passing Nyman ? who made an excellent start from fourth ? later around the opening lap. Cangialosi pitted at the end of lap one.

From there, Waddell was able to build up a healthy lead as Nyman slipped down the order after a couple of errors, and then spectacular contact with Formula Renault Asicacup race-winner Bruno Carneiro that ended both drivers? races.

One of the more intense battles throughout was between two more guest drivers ? Euroformula’s Cameron Das and Atlantics’ third-generation talent Flinn Lazier.

Lazier was able to resist Das?s pressure, and as was also able to eat into the Waddell’s lead as the race went on.

Due to the speed of the frontrunners, the majority of them were forced to make a pitstop right at the conclusion of the race, with the exception of Allmendinger and series regular Blake Upton ? both of whom pounced on Das.

After his eventful opening lap, Cangialosi showcased the speed he had in qualifying by recovering to a very credible sixth, ahead of Jacob Abel ? the final driver on the lead lap.