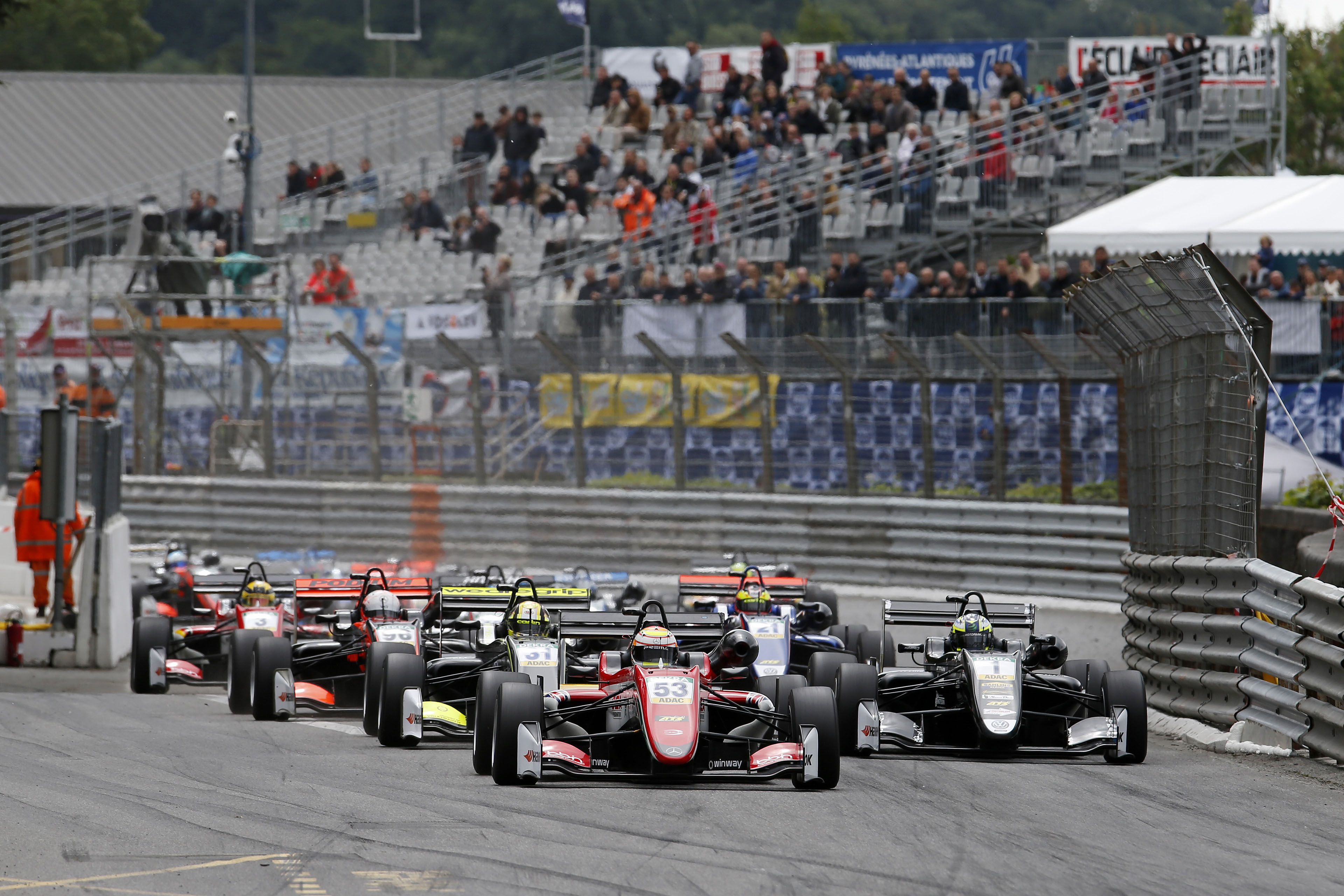 The 2018 Formula 3 European Championship season will begin with the Pau Grand Prix.

The French street circuit event in May was the third round of the 2017 season, but the World Endurance Championship meeting at Silverstone that hosted the opener has moved to August and a new DTM round at Misano one week later replaces Monza as the Italian round.

It means nine of the 10 rounds will happen in June or later, with DTM supports at the Hungaroring, Norisring and Zandvoort preceding a place on the Spa 24 Hours bill at the end of July.

The DTM will return to Britain at Brands Hatch next August but European F3 will not be present, instead racing on the WEC bill at Silverstone a week later.

After Misano, rounds at the Nurburgring, Red Bull Ring and Hockenheim will again complete the season.