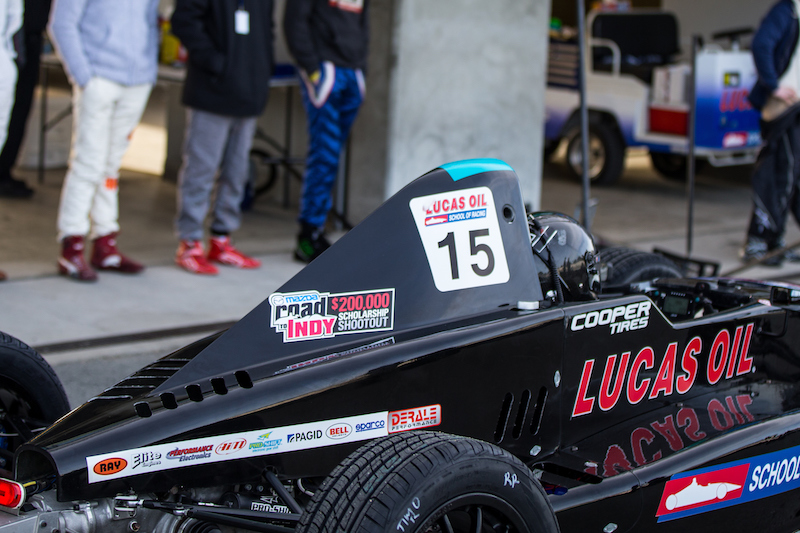 The 17 drivers that will compete for a?$200k scholarship prize for a season in USF2000 in this weekend?s Mazda Road to Indy Shootout have been announced.

Six of the drivers who will be are American, with 2017 Team USA Scholarship winners Jonathan Kotyk and Aaron Jeansonne heading the entry. Their predecessor Oliver Askew won the inaugural Shootout last year, and put the prize to good use to progress to Pro Mazda for 2018.

Great Britain has four entrants, including Oliver White, who finished second to Askew in the Shootout last year. He is joined by former British Formula 4 racer Ross Martin, who is the current Scottish Formula Ford champion, Jamie Thorburn, who won the preliminary FFord Super Series Shootout, and Matthew Cowley, who beat Kotyk to the F1600 Championship title this season.

Ireland also has two, with Niall Murray, who already has USF2000 and Shootout experience, and Keith Donegan.

Two car racing rookies will be entering the Shootout, with Olin Galli and Jake Craig stepping up from karting.

Most of the drivers come from Formula Ford 1600 championships across the globe, which have used their recently established links to the MRTI programme to attract young drivers.

The Shootout will be taking place over two days at?Wild Horse Pass Motorsports Park, with the winner being decided by a 45 minute race between six finalists.